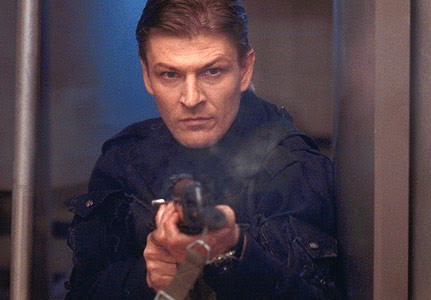 Oh, this casting is so much better than Brenden Fraser! Deadline reports that Sean Bean (GoldenEye, Patriot Games, Age of Heroes) has been cast as the lead in Legends, the TNT spy series from Homeland producer Howard Gordon based on the book by Robert Littell. That's right: we're getting a Sean Bean spy show! How awesome is that? Legends has followed a very long road to production. It was originally developed in 2010 at NBC, where it died, before being surprisingly resurrected at TNT. (Gordon's success with Homeland probably helped.) There's a lot of talent involved, including producers Gordon, Jeffrey Nachmanoff (Traitor), and Mark Bomback (Agent Zigzag). Brenden Fraser was set to star in October, but bowed out a month later. To me, Sean Bean seems like a much better fit for the material! Bean was last seen spying on ABC's sadly short-lived Missing, rocking an American accent. It's not clear yet what accent he'll use in Legends, though since his character loses himself in various covers, we're likely to hear multiple accents. I was looking forward to this show already, but it just keeps getting better and better!
Posted by Tanner at 5:46 PM

Hmmm. Well, count me among those who'd love to see Sean Bean get his own TV series. But I've read the Robert Littell novel the show is based on, and I think Bean might be a little too conventional action hero-ish for the role of Martin Odum. I actually think Fraser might have been a better fit. We'll find out, I guess. The novel features Littell's typically, wonderfully idiosyncratic characters, dialogue and plotting, although it's not my favorite of Littell's novels.

You didn't ask, but a better variation on the "deep-cover spy who gets lost among his various cover identities" theme is David Morrell's Assumed Identity. Morrell's protagonist is an agent who uses Method acting techniques and thorough backstopping to assume his many false identities; his problems begin when he comes in from the cold and finds that he has no real identity of his own left.