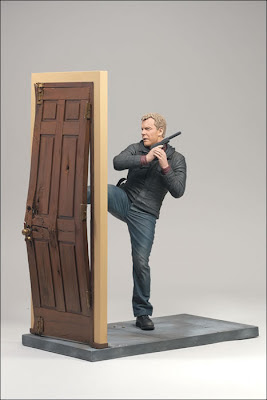 Comic-Con: Another 24 Action Figure
McFarlane Toys revealed their second Jack Bauer action figure at San Diego Comic-Con this week, and Action-Figure.com has a picture. As usual with that company, it's more of a statue than an action figure, since it's frozen in a generally un-useful pose, but it's a cool pose at least!
Posted by Tanner at 1:15 AM

Email ThisBlogThis!Share to TwitterShare to FacebookShare to Pinterest
Labels: 24, Toys