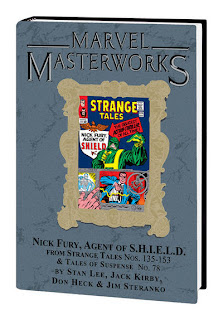 ...with a name downgrade. Who wants to go from "Ethan Hunt" to "Edwin Salt"??? I guess Cruise does, because Variety reports that he is in talks to play the title role in Edwin A. Salt, "a CIA officer who is fingered by a defector as a Russian sleeper spy [and] must elude capture by his superiors" while attempting to prove his innocence and reunite with his family. Kurt Wimmer (writer/director of the very cool Equilibrium) wrote the script, and Hotel Rwanda director Terry George is being courted by Columbia to direct.


Tradecraft: Rod Lurie Takes On Valerie Plame
The Contender writer/director, and creator of the short-lived series Commander In Chief, Rod Lurie, will make another foray into political waters, this time writing and directing a movie based loosely on the Valerie Plame case. Variety describes Nothing But the Truth as "a drama about a D.C.-based female newspaper reporter who outs a CIA agent and is imprisoned for refusing to reveal her source." I think the Plame case reads like a Le Carre story already, and should make a fascinating movie one day. But Lurie's taking a far less interesting approach, to me anyway, by focusing on a Judith Miller-like journalist character instead of taking the point of view of the outed CIA agent. Apparently Warner Bros. has Akiva Goldsman writing that version now, so the two takes on the story may ultimately compete with each other. Kate Beckinsale, Matt Dillon, Edie Falco, Alan Alda and Vera Farmiga (as the agent in question) round out the cast for the Lurie project.

This September Marvel will finally release an archival-quality hardcover edition of the earliest Nick Fury spy comics! Marvel Masterworks: Nick Fury, Agent of S.H.I.E.L.D. Volume 1 includes work by comics legends Stan Lee, Jack Kirby, Roy Thomas, Denny O'Neill, Joe Sinnott and of course the man who made Fury Fury, Jim Steranko. At the height of the spy craze in 1965, when Goldfinger and Thunderball ruled the box office and The Man From U.N.C.L.E. ruled TV, Marvel wanted a piece of the espionage action. The solution? To update their WWII character Sgt. Fury to the Bond-Age, making him 20 years older and sporting an eye patch, and, once Steranko got his pencils on him, a cool stealth assault suit. Steranko reprocessed all sorts of cult pop culture, from The Hound of the Baskervilles and King Kong to Will Eisner's The Spirit and the Stan Lee Marvel comics through a fun house mirror of James Bond--both Fleming's and EON's. The results are visually stunning, over-the-top spy adventures dripping with Sixties atmosphere and Pop Art influence. And a classic character who's become one of the most famous fictional spies of all time, the James Bond of comic books. Marvel's hardcover collection, due in September, includes the Fury stories from STRANGE TALES #135-153, TALES OF SUSPENSE #78 and the very first appearance of the "modern day" Nick Fury in FANTASTIC FOUR #21. It'll set you back in the neighborhood of $54.99.

Tradecraft: The Bourne Review
Finally, Variety gives The Bourne Ultimatum an absolutely glowing review. I'm furious at myself for blowing a chance to see this last night, but we'll all catch it soon enough. And from the sound of this review (or what I read of it, anyway, to avoid spoilers), it sounds like we're in for a real treat! I do hope they keep the series going...
Posted by Tanner at 11:35 AM

As much as I would love to get that masterworks. Dropping 55 bucks for a book. That in a year or so will be easily found at comic stores for half that. I'll just stick with the two Steranko collections of the series that I've got. Cause thats really the best Nick Fury stuff out there eve.

I can't wait for the Bourne Ultimatum. I've really enjoyed the first two in this series. I do wish it lots of success. I've heard so much good stuff about it. I do hope that maybe it will keeping going with a fourth one.