Network to Release ITC Spy Soundtracks on Vinyl in 2013 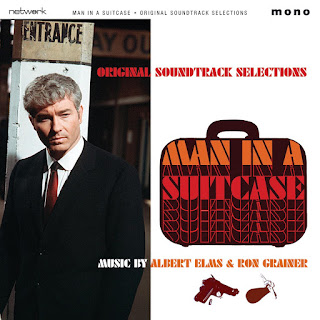 Following the success of their multi-disc CD soundtracks for such Sixties and Seventies spy staples as The Saint, Danger Man, Department S, Man in a Suitcase, The Prisoner, Jason King and other ITC adventure series, Network has announced that they will begin releasing soundtrack albums for these series on vinyl in 2013. These editions will be aimed at audiophiles and collectors. The first such release is a limited edition EP called Themes for Action! coming out on Record Store Day and available exclusively in participating record stores on that day, containing themes and cues from a handful of those ITC series. Then in September we'll see "newly restored original soundtrack albums" for Man in a Suitcase, The Saint, The Prisoner and The Protectors containing "the very best themes and cues from each show." Newly created, retro sleeve retro artwork evokes the style of each show's era. (I love what they've come up with!) Department S and Randall and Hopkirk (Deceased) will follow in October, with more titles slated for 2014. Meanwhile, I remain ever hopeful that someone uncovers the supposedly lost masters for Ken Thorne's incidental music for The Persuaders! and that Network releases a full set of that Holy Grail... 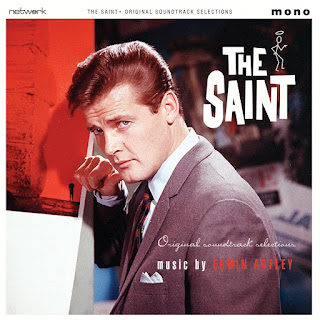 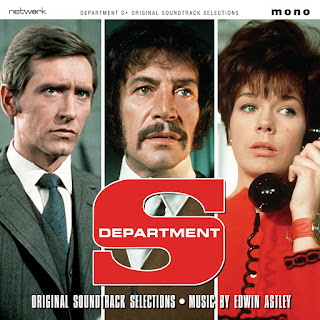 cool news! i'll have to pick up the EP and The Prisoner (again!).

Oh, I'd love to see (hear) that, too, no doubt... but to me, the music for The Persuaders! is the Holiest of TV musical Grails!

I'm content with the music from the later SAINT episodes, but agree that it would be nice if music from the b/w episodes could be located and released someday. Of course, if it doesn't exist there isn't much that can be done.

Put me down as another though that would place THE PERSUADERS! as a higher priority.

I got rid of my record player years ago and won't be purchasing these. I know there is a vinyl revival but all the same.....

If these are going to be restored, I presume that unlike all the other soundtrack releases they've done (excepting THE ZOO GANG), these will be properly remastered. The previous CDs were variable within each disc in terms of distortion, volume levels, and so forth. Some of the STRANGE REPORT music for instance wasn't especially good quality to start with, and some main titles (eg DEPARTMENT S were from various inferior sources. How much can that be enhanced (unless new material has come to light?)

If Network are going to undertake all that restoration, they really need to make these 'selections' available on CD at a later date, because while I'm sure these will sell well especially to vinyl collectors, there are many enthusiasts such as myself who won't even consider purchase unless through the CD medium.

Huh, good question, Simes. I wonder. Or maybe they'd make them available as digital downloads, since that seems to be the direction the company is headed in with its new website focused on video on demand...

Yes, I also wondered about the possibility of digital downloads, in the absence of a CD version.

I wouldn't mind that as an alternative!