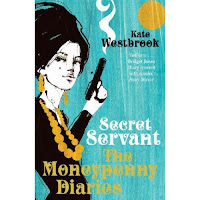 Casino Royale Out On DVD Today In North America
Well, the big news today is obviously that Casino Royale (2006) hits Region 1 DVD. There are several exclusives. As previously reported, Best Buy offers a free Corgi Aston Martin and Walmart offers cards and poker chips. Additionally, Circuit City offers a "collectible coin" made to look like a poker chip (possibly in different denominations), and Target offers a miniaturized version of Greg Williams' photo book, Bond On Set. It is NOT a bonus DVD, as some web sites have previously reported, apparently due to an error in Target's listing in their circular.
Cool McCool
007's not the only spy on disc today! Sixties cartoon secret agent Cool McCool (created by Batman's Bob Kane) also makes his DVD debut in an affordably-priced 3-disc set loaded with commentaries and other extras.
Aston Martin Sold
Ford finalized their sale of Aston Martin this week, selling off the luxury marque to a British-led consortium (which also includes Kuwaiti backsers) for nearly $1 billion. What this means for the future of the car's relationship with James Bond is uncertain, but the filmmakers' ongoing deal with Ford probably precludes 007 from driving a non-Ford-owned DBS in the next movie. It's previously been speculated that he'll switch to a Jaguar, which Ford still owns.
New Bond Book Covers
Some cool new cover designs have recently hit the web. The Young Bond Dossier has revealed the Japanese cover for Charlie Higson's first Young Bond adventure, SilverFin, and provides a link to exclusive images of the cover and slipcase. It's quite different from the American and British covers! And Amazon.co.uk has revealed the final cover art for Samantha Weinberg's second Moneypenny Diary, Secret Servant. It's much better than the covers for the two hardcovers, and also an improvement over the original prototype artwork for this paperback. It's a nice, retro, Sixties kind of cover, and reminds me of the old Modesty Blaise covers. Still no mention of the cash-cow himself, James Bond, on the front, though! Don't the publishers know that's what will sell these books??? They did at least finally get themselves a new quote, instead of repeating Joanna Lumley's "Thrilling!" once again. The Daily Mirror seems to sum up Ian Fleming Publications' original concept for the series, as "Bridget Jones crossed with Spooks." Sadly, that sells the series short; Ms. Weinberg has made these engaging books a lot more than that simple high concept, and they are really full-fledged Bond novels, just told from a different perspective.
Son Of Bond Meets Bond
Liz Smith has an interesting tidbit in her gossip column in today's Variety about a meeting between David Niven's son and Daniel Craig. Jamie Niven recalls: "Well, I stumbled as I was going to shake hands with Daniel Craig so 007 caught me right in his arms. I told him he was the best James Bond yet but I modestly added that my father had also played the same role in the original version of 'Casino Royale.' Craig said -- 'And your father would have been David Niven? Well, you know the original 'Casino Royale' is quite a cult movie.'"
Posted by Tanner at 12:53 PM