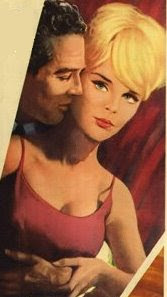 Warner Spy DVDs
Representatives from Warner Home Video recently did a chat on the Home Theater Forum, as they graciously do several times a year, and, as always, The Digital Bits has posted the transcript. There’s a lot to wade through, but a few spy-related nuggets stand out.
If you’re one of the five people out there (like me) who would like to see a director’s cut of the ‘98 Avengers movie, you’re (not surprisingly) out of luck. Warner have "no plans to revisit The Avengers," they declared in response to a question on the subject. Too bad. As terrible as the movie turned out, there may actually be a better version out there. The script was actually pretty good, and it’s clear from the trailers that they shot a lot of the scenes that didn’t make it into the final release cut. It would at least be interesting to see what might have been, and good to have as a curiosity for Avengers completists. Of course, no amount of new scenes could correct Uma Thurman’s uncharacteristically awful performance!
Fans of that other Sixties TV staple The Saint are in better luck, however. WHV plans to release the original black and white Saint mystery movies (starring Louis Hayward, George Sanders and Hugh Sinclair as Simon Templar) in 2008. Judging from the excellent job they’ve done with other genre box sets from that era (like The Thin Man or Tarzan), this is definitely something to look forward to!
Finally, Elke Sommer fans have something to look forward to, too. (And who’s not an Elke fan? I sure am!) Her 1963 spy movie with Paul Newman, The Prize, is finally slated for release in 2008 as well. Writer Ernest Lehman shamelessly rips off his own script for North By Northwest in this lightweight Stockholm-set thriller co-starring Edward G. Robinson. Instead of a biplane, Paul Newman outruns a... truck. (Um, yeah. Not as exciting.) Instead of rudely interrupting an auction to evade the baddies by getting himself arrested, he rudely interrupts a nudist meeting for the same reason. It’s not a great movie, but it’s entertaining and it’s got Elke, and that’s all that really matters. And it gives me an excuse to post another picture of her, which I should do more often anyway!
Posted by Tanner at 4:07 PM