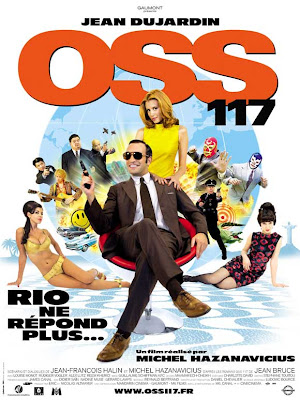 As we near the April 15 French release date, the website for OSS 117: Rio Doesn't Answer (sequel to the amazing period spy spoof OSS 117: Cairo Nest of Spies) has been heavily updated… with bikini girls and Mexican wrestlers, among other things! For starters, there's an awesome new poster that makes me want to see this movie right now!!! There are also new story details (OSS 117 teams up with a Mossad agent and tangles with another former Nazi on the trail of some microfilm, of course) plenty of exciting new pictures and, most informative, a quite lengthy interview (in French) with director Michel Hazanavicius. He discusses his reasons for changing the decade (the world has changed a lot in the twelves years between the two movies, but OSS 117 has not) and cites some of the mid- and late-Sixties films that particularly inspired him this time out. Those include On Her Majesty's Secret Service, The Thomas Crown Affair, Harper (with Paul Newman), That Man From Rio (with Belmondo), Tokyo Drifter and the Matt Helm series. He also speaks hopefully about a third film in the series, acknowledging at least that "for the moment, nobody's tired of the character." 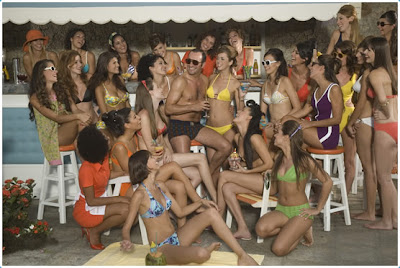 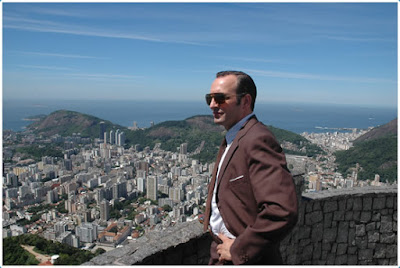 I can't wait! I loved the fist one, and the 60s vibe of the new film has me really excited. I hope they maintain their focus on comedy/homage, rather than parody. -Jason (SpyVibe)