Tradecraft: David Tennant to Star in BBC's Spies of Warsaw 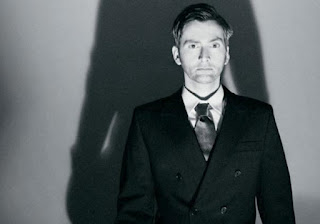 There's a very exciting spy project on the horizon that I've been meaning to write about forever, but keep getting sidetracked. So, apropos of nothing, here's some rather late but undeniably cool news. Last summer the BBC announced that they'd hired Dick Clement and Ian La Frenais (Otley, Never Say Never Again) to adapt Alan Furst's The Spies of Warsaw for television in two 90-minute episodes for BBC Four. Personally, I've never read any Furst, but I always see his interconnected historical spy novels compared favorably to John le Carre, so I've always meant to read him. I can profess more familiarity with Clement and La Frenais, as the pair penned one of my very favorite spy movies of the Swinging Sixties, Otley (as well as the equally enjoyable Swinging London caper movie The Jokers). Otley and The Spies of Warsaw would certainly appear to be at opposite ends of the spy spectrum, but I have no doubt that Clement and La Frenais (who have also written incredibly solid serious spy fare like The Bank Job with Jason Statham and Archangel with Daniel Craig) are up to the task.

Things got even more interesting last month when Deadline reported that former Doctor Who star David Tennant had signed on to star in the project along with Human Target's Janet Montgomery (Ames on Season Two). Furthermore, BBC America has come on as a co-producer which is great news for American spy fans because it guarantees that we'll get a chance to see this program, as part of the network's Dramaville. David Tennant in a Dick Clement and Ian La Frenais spy show? I'm totally sold! (And maybe I should finally read the book before this airs...)

This image comes from the Tenantnews blog. I don't think it's actually an official still for The Spies of Warsaw, but it certainly seems appropriate!
Posted by Tanner at 8:29 AM

Cool! And delightful to see something from BBC 4 without buying a Region 2!

I've read all of the Night Soldiers books, and highly recommend them.

I wouldn't personally compare Furst to le Carré, the author I think he most closely parallels is Eric Ambler, but Furst is writing historically rather than contemporaneously.

I look forward to watching the adaption.