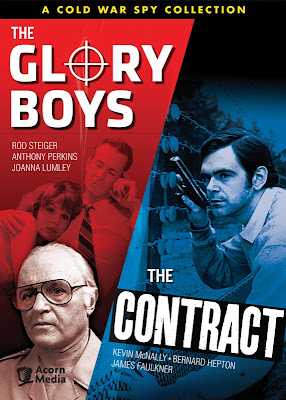 DVD Review: Glory Boys (1984)
Of the two Gerald Seymour-scripted spy miniseries included in Acorn Media’s Cold War Spy Collection, I was looking forward to Glory Boys less (either because its terrorism angle didn’t appeal to me as much as the straight-up espionage of The Contract, or else because the cover for Glory Boys–as with any cover prominently featuring Rod Steiger–is just uglier), but I ended up enjoying it much more. Glory Boys centers on an assassination attempt on an Israeli nuclear physicist and the Security Service’s efforts to stop it. Although Steiger is featured most prominently on the cover (and is, as usual, excellent), he is not really the central character. The focus is mainly on the alcoholic, over-the-hill MI5 agent Jimmy (played by Anthony Perkins) and the two terrorists–one Irish, the other Palestinian–who mean to carry out the assassination. 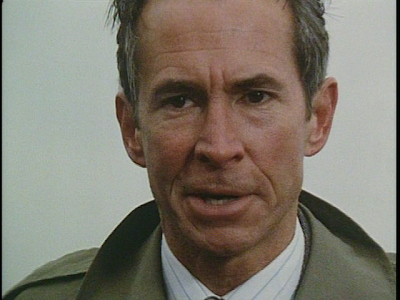 You may be asking yourself about this point why American Psycho Perkins was cast as a British agent, and you’d certainly be justified in doing so. But whatever the reasons, Perkins overcomes a dodgy (and intermittently absent) English accent with an edgy, affecting performance stellar enough to make the accent easy to overlook. In fact, so engrossing is his performance, you won’t even notice the accent flaws after the first twenty minutes. Jimmy (who could possibly be Seymour's cynical take on James Bond) proves to be something of a proto-Jack Bauer: a single-mindedly determined operative capable of going to great lengths (including torture and even point-blank execution) to prevent a terrorist attack. But he’s a little too unhinged for the comfort of his superiors, including MI5 director Mr. Jones (The Public Eye’s Alfred Burke, with too little to do), who puts his own job on the line vouching for his agent and friend–then second guesses himself when he discovers Jimmy’s drinking again. 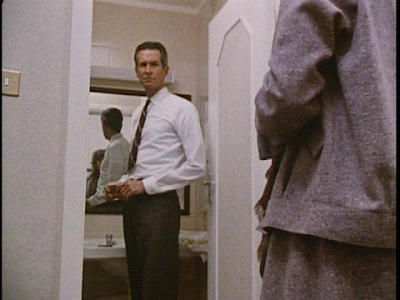 Unlike The Contract, Glory Boys takes full advantage of its miniseries length. The plot moves quickly from Jimmy to Mr. Jones and his secretary Helen (an utterly wasted–but lovely–Joanna Lumley)–who is also Jimmy’s lover–to the scientist Professor Sokarev (Steiger) and his unwanted detail of two Mossad bodyguards to the terrorists. By following all of these equally interesting plotlines, former Sandbaggers director Michael Ferguson keeps things moving quickly, and ends each of the three parts on a nail-biting cliffhanger that leaves you eager to keep watching. 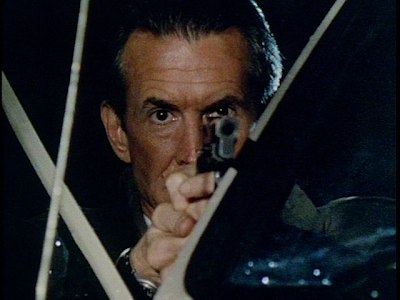 Glory Boys looks great. It’s slickly directed and perfectly captures the era in which it was made. Obviously any TV program can’t help reflecting its era in clothes and cars and hairstyles, but some go beyond that to make excellent time capsules. Whether it was an urgent need to feel contemporary on the part of Ferguson or just pure serendipity, Glory Boys serves as a wonderful document of Britain in 1984 as it actually was then, which is much subtler than what a costume designer or art director would come up with today in trying to replicate the period (see: Ashes to Ashes). I just found all the little details fascinating, from the street level advertising for Risky Business to the coats on whippets being walked by extras to a poster of Alexei Sayle decorating the wall of a college dormitory. Watching now, all that stuff really helped to put me in the setting. That might seem neither here nor there when reviewing a spy series, but part of that setting was the fear of terrorism that hung over London in the early 80s, and heightening that fear (all to easy to relate to today, unfortunately) helps sell the threat of the storyline. 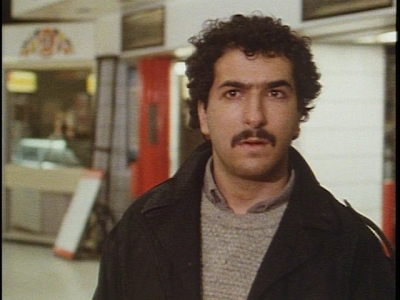 The two terrorists themselves represent a frightening alliance of the two primary groups that Londoners–and MI5–would have feared most back then: the IRA and the PLO (or particularly militant splinter groups within). They are not portrayed as boogeymen, but as believable characters. Seymour’s script certainly doesn’t sympathize with them (in fact it severely condemns their actions), but it does explore their motivations–probably more than those of any other characters in the story. Both young men possess absolute conviction. The Irishman, McCoy (Aaron Harris, who looks rather jarringly like a young Conan O’Brien) is only helping the Arab because such an alliance is politically convenient to his masters, but he identifies with his plight and–perhaps seeing it as an extension of his own cause–is willing to die for his comrade. 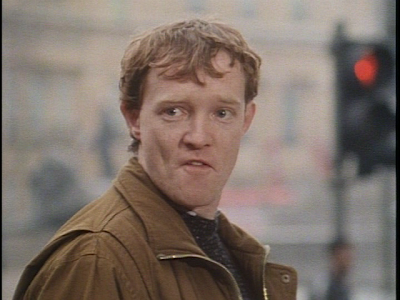 Jimmy presents himself as the ultimate expert in counterterrorism and security, quickly schooling the Mossad men in personal protection. (“I would have thought you would want to see the venue in the same conditions as when the professor will be speaking there,” he shrugs, when they’re reluctant to accompany him on an evening sortie of the site of the speech.) However, even with a man like this on the case, the best security measures of Britain and Israel prove inadequate against even a weakened and partially incompetent terrorist duo on more than one occasion. At first I thought, “Come on! All that beefed-up security and they can get some shots off through a window?” Then I realized, yes, that’s probably exactly what would happen–and the point of Seymour’s script. Intelligence operations–both offensive and defensive–may rely heavily on tactics and preparation. But at the end of the day, they come down to fallible human beings and human behavior. Sometimes–as the characteristically downbeat ending underscores–all the best planning and most heroic actions can’t alter a fate dependent on the randomness of human nature. 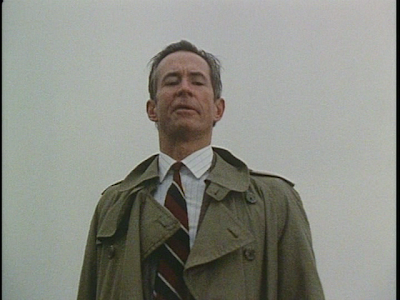 Glory Boys is available on DVD along with The Contract (reviewed here) as part of Acorn Media’s Cold War Spy Collection. If you’re a fan of the era or of the particular brand of bleak espionage drama to come out of the waning days of the Cold War–or if for some weird reason you ever wondered how Anthony Perkins might have played 007–then the set is definitely worth checking out.
Posted by Tanner at 2:38 PM