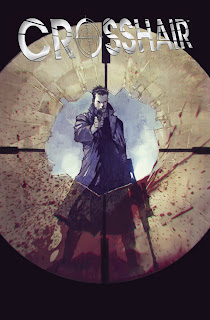 According to The Hollywood Reporter, Mandeville films have picked up the rights to Marc Silvestri's Top Cow comic book Crosshair.  The comic follows a former CIA assassin turned suburban dad who learns that in 48 hours, a Manchurian Candidate-like "suppressed program" in his brain will turn him into a single-minded killer whose target is the President of the United States.  He then has to race the clock to discover who's manipulating him and stop... himself.  "Crosshair is a unique premise in which the main character is both the hero and the villain," producer Todd Lieberman told the trade. "This dichotomy is very unsettling, which makes it a fantastic twist for audiences." It's another one of those movie deals that happens before the comic actually hits shelves, but the book is being written by Jeff Katz and drawn by Silvestri and Allan Jefferson.
Posted by Tanner at 6:14 PM