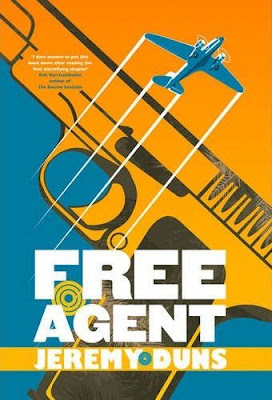 Yesterday saw the release in the United Kingdom of a very noteworthy new spy novel: Free Agent by Jeremy Duns. Why is it so noteworthy? Well, firstly because it's been getting very positive advance buzz. Secondly, though (and of especial interest to net-savvy spy fans), because the author is one of us. He's a fan. Jeremy Duns is familiar to anyone who frequents the forums at CommanderBond.net where he posts as "spynovelfan." And according to David Foster at Permission To Kill, Duns also moderates a Yahoo discussion group on spy novels. Now this fan has channelled his accumulated expertise in the genre into a novel of his o

wn, and the results are said to be phenomenal. Free Agent is a Cold War spy thriller set in 1969. On the CBn Forums, Duns even promised a mention of SMERSH! It's the first in a projected trilogy focusing on double agent Paul Dark. Free Agent is out now in Britain with a very cool retro cover and in June in America with a typically less-cool American cover. David has an excellent interview with Duns up at Permission To Kill, which is recommended reading for fans eager for a taste of what's in store for Dark. I'm looking forward to digging into this one. 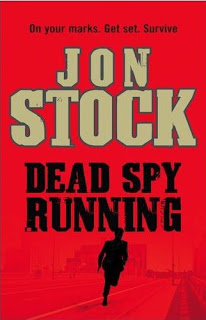 Also out in June (the very same day, in fact) in both the US and Britain, is a spy novel we've been hearing a lot about lately thanks to its pre-release acquisition by Warner Bros. for Terminator: Salvation and Charlie's Angels director McG: Dead Spy Running by Jon Stock. Every time it's in the trades, this one is described as "John Le Carré meets Jason Bourne." Stock qualified that logline by calling himself more of a Le Carré reader and a Bourne watcher, so that gives us some idea of what to expect. The book has certainly generated a lot of heat with publishers and studios, so it's another one I'm eagerly awaiting. 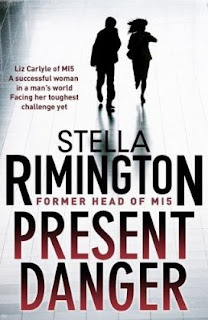 One of my favorite contemporary spy novelists, former top spook Stella Rimington, also has some new books in the pipeline. Her latest Liz Carlile novel, titled Present Danger and drawn (as always) in equal parts from her experience at MI5 and from her impressive skills as a writer, will come out in Britain on October 1. We still haven't even gotten the previous book, Dead Line, in America, but the one before that, Illegal Action, is due out in paperback in the States from Vintage/Black Lizard on June 2. Hopefully we'll see a hardcover release for Dead Line sometime this summer.
Posted by Tanner at 2:32 PM

I’m looking forward to Free Agent, and Jeremy is put under the spotlight once more in an awesome interview by Gordon Harries at The Rap Sheet.

Thanks very much, Tanner! And David, yes, there's an interview with me over at The Rap Sheet, and they're also giving away five copies of the British edition of Free Agent in the next couple of days, open to anyone no matter the location.

My copy of 'Free Agent' with the vastly superior UK cover art is in the mail as I type this. I can't wait to read it!