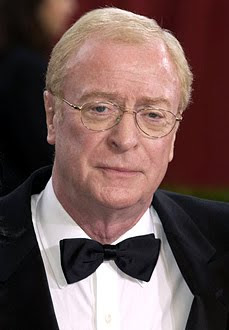 The ultimate online resource on all things pertaining to the Harry Palmer films, the aptly named Harry Palmer Movie Site, has uncovered an extremely exciting story: Michael Caine wants to revive Palmer, one of his most famous characters, who he portrayed in The Ipcress File, Funeral In Berlin and Billion Dollar Brain back in the Sixties. All three films were produced by James Bond co-producer Harry Saltzman. Caine already reprised the role twice in the mid-Nineties, in two subpar Harry Alan Towers productions, Bullet To Beijing and Midnight In St. Petersburg. Towers sadly passed away last month, and obviously wouldn't be involved in a potential new film. It appears that Caine himself may now control the rights to the character from certain statements he's been making to the press lately. According to The Canadian Press:

"There's a script which I like very much, which is called Cold War Requiem," said Caine, adding that Susan Sarandon was interested in playing his wife in the film.

"It's about an old spy from the '60s in the Cold War, who's now retired - just like me, an old guy. And his enemies come back to kill him because of what he did in those days. ... It's a very good thriller. it might get done, it might not."

He went into a few more details for WENN, confirming that this was indeed a Harry Palmer project:

"I have a script called Cold War Requiem, which is Harry retired and he's living out his fantasy in some middle class area in London and the guys who he screwed have now got rich and they've decided to come and kill him. I would like to get that done but we haven't got that financed yet."

"Harry Palmer" was a name invented for the movie versions of Len Deighton's bestselling novels about an unnamed agent. The novel Spy Story, about the same character, was filmed in 1976 by Lindsay Shonteff featuring a hero called Pat Armstrong (not played by Caine). Caine played a very Palmer-like character named "Harry Anders" in the 1992 HBO film Blue Ice. It's possible that Cold War Requiem might follow the pattern of Blue Ice and slightly change the protagonist's name, but I hope not. The name Harry Palmer carries a lot of weight for spy fans, and I would love to see Caine return to the role once more for a really good final entry, even if it's not based on a Deighton novel. I'd also love to see some of the author's other "Palmer" books like Horse Under Water and An Expensive Place To Die filmed as period pieces set in the Sixties, but that seems less likely and obviously couldn't star Caine.
Caine will next appear in the old guy revenge movie Harry Brown (for which I cannot wait!) and then play a small supporting role in Christopher Nolan's Inception.
Posted by Tanner at 3:20 PM

So, would Jude Law play Harry Palmer in the two period piece movies since Law's career is to remake movies Caine originally starred in?

I wrote a script similar to this. I'm inspired to dust it off and re-work it. Of course, I'd love to see Caine back as Palmer as well!

Yes Delmo, you could be right as well. This was news before the Cold War Requiem story: