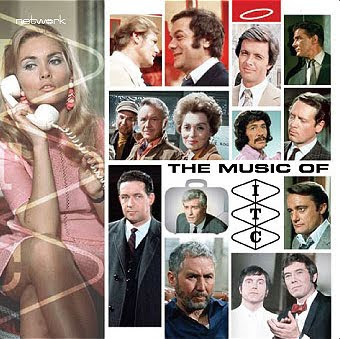 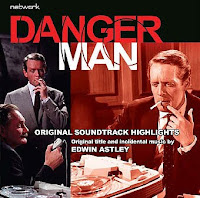 But the biggest news of Network's announcement is not the highlights discs. The real news is a two-disc compilation called The Music of ITC. Not only does this essential collection of cool music draw from all of the series listed above, it also includes "exclusive music suites from The Persuaders!, The Zoo Gang, Return of the Saint and The Baron that are not available elsewhere!" 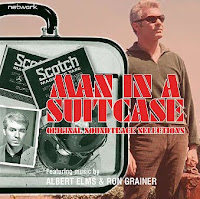 While there are only four cues from The Persuaders!, I am thrilled to have even that! For years the only music available from that series has been John Barry's iconic theme! That theme is present and accounted for, as is the song that plays during the splitscreen chase scene in the first episode. Since Ken Thorne is credited, presumably that means the remaining two cues come from his score music. I'm also excitedly looking forward to the eight tracks representing Return of the Saint (Brian Dee & Irving Martin, John Scott and Guido & Maurizio de Angelis are the credited composers)! Other delicacies include eight selections from The Zoo Gang (consisting of both Paul McCartney's title theme and Ken Thorne's incidental music), three tracks from The Adventurer, seven from The Baron (Edwin Astley) and, finally, eight from The Saint (Astley again). The music from The Saint isn't described as previously unreleased, so I'm a little worried that might be cues already included on Astley's soundtrack album, but hopefully not... Overall, though, there are enough extremely rare musical treasures on this tracklist to have me positively giddy! I can't wait for this CD! 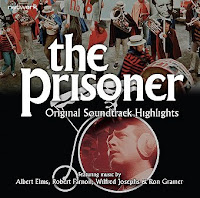 Of course, the hope is that the fact that Network is including these selections on this set means that they're hard at work on full-fledged soundtrack sets for each of these series, and this is only a taster. Here's hoping!
Posted by Tanner at 5:43 PM