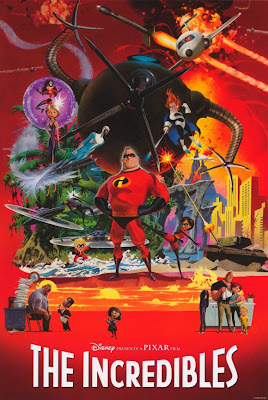 The Hollywood Reporter's Heat Vision blog reports that producers J.J. Abrams and Tom Cruise have narrowed their search for a director for the next installment of the Cruise-powered Mission: Impossible film franchise.  According to the trade, there are some intriguing contenders.  Apparently the short list includes director Ruben Fleischer (Zombieland), Edgar Wright (Hot Fuzz) and Brad Bird (The Incredibles).  I liked Zombieland and thought it has some interesting directorial flourishes, but I can't quite make the leap from there to Mission: Impossible.  I'd rather see Fleischer get some more films under his belt before tackling something like M:I:4.  I love Edgar Wright and I loved Hot Fuzz, and I have no doubt that Wright would do a great job with this film (which could potentially reunite him with his Spaced/Shaun of the Dead/Hot Fuzz leading man Simon Pegg, who played a Q-like character in Abrams' M:I:III), but honestly I'd rather see him tackle the spy genre on his own–or with Pegg.  I bet he (or they) could concoct something amazing.

To me, though (and clearly to The Hollywood Reporter's Borys Kit as well), Brad Bird is the most intriguing choice.  My love for Mission: Impossible is (obviously) rooted not in the Cruise films but in the Sixties and Seventies TV series.  So far, all three of Bird's feature films (all animated) have been love letters to Sixties pop culture.  Iron Giant

(consider the 2D credits animation!) and most especially The Incredibles

are all products of a mind positively steeped in that era!  From the Ken Adam-esque lairs and art direction to the John Barry-ish score to the Jack Kirby-style heroes and robots to the Robert McGinnis (not -ish or -esque; it's the real deal!) poster pictured, The Incredibles is one of the most (forgive me) incredible homages to Sixties adventure entertainment I've ever seen.  Now, I don't for a second believe that Bird would somehow shift the whole franchise back into the Cold War; I know that isn't going to happen.  But I think he would probably look back to the formative years of the TV show for inspiration.  It's certainly possible to make a very Sixties-like spy movie without setting it then, and I would love to see a Mission: Impossible film with a true Sixties flavor!  It's true that Bird has never helmed a live action movie before, but why should that matter?  He's a great visual storyteller, and those skills are the same in live action or animation.  As Kits points out, he's been praised again and again for his "strengths in staging thrilling and intricate action set-pieces..."  And isn't that exactly what a good Mission: Impossible story comes down to?  Yes, I would love to see what Brad Bird did with this film.  I hope he gets the job.  Previously I was rooting for Abrams to return to the director's chair as well as produce, but now I think Bird is my own personal frontrunner.
These director possibilities also raise some interesting score possibilities.  Wright worked with David Arnold on Hot Fuzz.  Would the resident James Bond composer ever consider defecting (if only briefly) to the competition?  Why not?  John Barry certainly scored plenty of other spy movies amidst his Bond work.  Arnold has worked magic with exciting new reinventions of "The James Bond Theme"

and Barry's "On Her Majesty's Secret Service."

He's comfortable building a score around an iconic piece by another composer and making it his own, and he's skillfully put his own spin on the Barry sound and updated it for our age.  I'd be thrilled to see him do the same for the second most famous spy tune of all time, and to watch him play in Lalo Schifrin's sandbox!  That possibility alone makes me give Wright a second thought.  But Bird, on the other hand, collaborates with Michael Giacchino.  And Giacchino has already written the best score for any of the Mission: Impossible movies to date.  He's already demonstrated his clear affection for Schifrin's music, adapting not only the M:I Theme, but also Schifrin's "Mission Accomplished" composition.  And I have a feeling that Bird could draw out of him an even more ambitious take on that music than Abrams did.  After all, when John Barry himself wasn't comfortable with writing a Sixties John Barry score for The Incredibles

, Giacchino stepped up to the plate and turned in the best Sixties John Barry score since the Sixties!  I suspect he could easily outdo his outstanding score for M:I:III

given a second go.

According to The Hollywood Reporter, "Paramount set a May 27, 2011, release date for the movie and is eyeing a summer start."  So hopefully we'll know fairly soon who the new helmer is... and be able to make a pretty informed guess as to the composer.  I only regret that the great Peter Graves won't be around to do the cameo that J.J. Abrams had mooted last fall.
Posted by Tanner at 8:21 AM

God, isn't it about time they laid the M:I movies to rest?

Agreed. For me, M:I didn't find its footing until mission #3 (God bless J.J. Abbrams) and it fell flat at the box office.

Hey there--perhaps a minor point, but we recently lost Fess Parker, another icon of the sixties (and even fifties) and while not known for his 'spy' output- he did star in the great Locomotive Chase for disney- an exciting true civil war spy story (-the reality of which was the basis for Keaton's The General) and many of the Daniel Boone tv episodes set during the Revolutionary War were spy escapades.
I just think he deserves a nod in the 'Section...
Teel

Yeah, I didn't become a fan of the M:I movies until the third one either. I hated the original when it came out for what it did to Phelps. That was unforgivable. It still is, although I have some around on the movie over the years on subsequent viewings. The second one was all-around atrocious and I've never had the courage to revisit it. (I have nightmares about that Lip Bizcuit vocal version of the M:I Theme...) The third was good, though, and I'd take more of what Abrams serves up--ESPECIALLY if he manages to reconcile the film series with the TV one and exhonerate Jim Phelps!

Thanks for that information about Fess Parker, Teel; I didn't know those spy connections. I'll have to look out for The Great Locomotive Chase!

Here's another film I watched when it came out and then later when the DVD was released and enjoyed both viewings, despite the fact I got "lost" several times. It's about time for another look because it's well-worth it and who knows....maybe I'll finally figure it out!

If you get a little confused trying to follow the plot, don't feel stupid. This isn't an easy story to follow but it gets high marks for keeping it interesting despite that problem.

The interesting characters, good cinematography, fun James Bond-like gadgets, just the right amount of action scenes and one very memorable heist scene with Tom Cruise dangling from a wire all make this an enjoyable two hours of entertainment. That scene with Cruise trying to break into this vault-like room remains as the one of the better tension-filled scenes I've ever witnessed on the big screen.

The final action scene with the speeding train and helicopter also is very memorable. John Voight, Emmanuelle Beart, Henry Czerny and Jean Reno make it a fun cast to watch, too. Note: stick with this film and forget the sequel. Despite the confusion, this film is still fun to view.