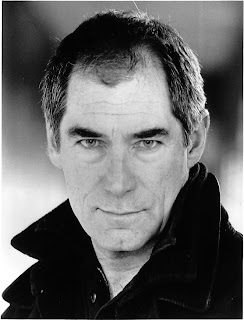 So you know that movie The Tourist that I keep blogging about, and that I'm pretty darned excited for already?  The one with the long and winding road to production?  Various writers have worked on the script; various directors have been attached at various times before one of the most exciting directors working today, Florian Henckel von Donnersmarck, director of the supurb Oscar-winning spy movie The Lives of Others, landed the gig.  And, of course, various stars have been attached, including, at one time or another, Tom Cruise, Charlize Theron and that guy from Avatar, before ending up with the two biggest stars in the world, Angelina Jolie and Johnny Depp.  How could this romantic spy thriller become any more exciting?  Well, I'm sure the huge title of this post tells you how: Variety reports that Timothy Dalton has now joined the cast!  That's right, the former James Bond (one of the best) will be in another spy movie–and one with an illustrious pedigree.  I always root for Dalton (who just celebrated his 64th birthday this week), and always hope to see him in more bigscreen roles.  (With the very notable exception of his scene-stealing turn in Hot Fuzz, he's been frustratingly absent from cinemas for a long while.)  And now he looks set to be making a very big return this year, with a role opposite these two huge box-office draws and his voice in this year's Pixar release.  (He'll be Mr. Pricklypants, a stuffed hedgehog thespian, in Toy Story 3.)

Along with Dalton, another Bond veteran is also joining the cast of The Tourist.  Steven Berkoff, who played the villainous General Orlov in Octopussy (and toured with an excellent one-man stage show of Shakespeare's greatest villains), will have a role as well.  The two Bond alum join Paul Bettany and Rufus Sewell as well as Depp and Jolie.  According to the trade, "The Tourist, penned by Julian Fellowes & Christopher McQuarrie and Jeffrey Nachmanoff, centers on an American tourist visiting Italy to mend a broken heart who pursues a romance with a woman who deliberately crosses his path. The couple's then caught in a whirlwind of intrigue and danger."
Posted by Tanner at 12:53 AM