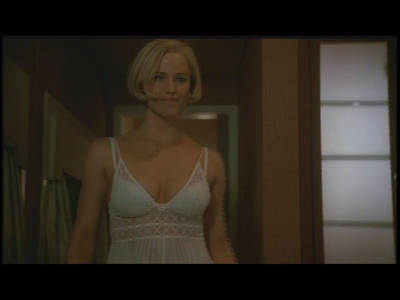 Dark Horizons points the way to a story at E! Online that wherein the fairly reliable TV gossip columnist Kristin Dos Santos reports that the powers that be at ABC are mulling a "reboot" of J.J. Abrams' seminal early 21st Century spy series Alias.  As of now, these rumblings are merely rumblings, but they've apparently rumbled enough to know that they would jettison the complicated Rambaldi mythology that made the show interesting in its early years, but ultimately weighed it down (as complicated mythologies are wont to do) when the writers couldn't dig their way out of the convoluted maze they'd created.  I really loved Alias.  It's first season and a half (up through the satisfying conclusion of the SD-6 plotline) were absolutely brilliant.  And I called it "seminal" for a reason: along with 24 and The Bourne Identity, it was one of the early adapters that really jump-started the spy genre at large in the post-9/11 world.

Spies are bigger today than they have been since the Sixties, and that's thanks in part to Alias.  But is there really a point in "rebooting" or "reimagining" the series without the off-kilter mythology that set it apart, the creator who made it great, or the cast who defined those characters?  Personally, I can't imagine anyone other than Jennifer Garner playing ultra-fit superspy-with-a-life Sidney Bristow.  Without Rambaldi or Garner, you're left with a cool spy premise about a young woman working for an agency that she thinks are the good guys but suddenly discovers are actually the bad guys... but does that make a show?  I'm not sure.  I would love to see the Alias brand live on in feature films or even a sequel series (although Abrams' upcoming NBC spy series Undercovers about a pair of married ex-spies who come out of retirement after five years is pretty much what such a series would probably look like), but I don't know if I can really swallow a reboot of a series that only went off the air four years ago.  (Even the CW's La Femme Nikita reboot seems a bit soon, and that show ended longer ago.)  It seems like with Lost ending ABC is just desperate to stay in the J.J. Abrams business (however tangentially) in any way they can, kicking themselves for letting his deal lapse.
Posted by Tanner at 8:29 PM