WARNING: This article contains spoilers about the movie Marvel's The Avengers. But is there really anyone on the planet who hasn't seen that movie by now? 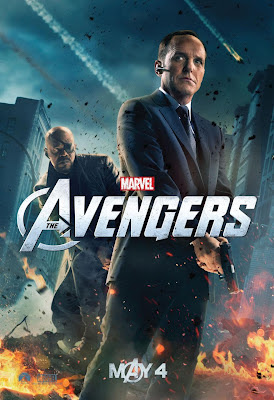 Earlier this week, I posted a lengthy primer on the espionage organization of the Marvel Universe, S.H.I.E.L.D., including some of the characters so far announced for Joss Whedon's upcoming S.H.I.E.L.D. TV show for ABC. Today, Deadline reports that another name has been added to that list: Agent Phil Coulson, played by Clark Gregg. Since all of the other S.H.I.E.L.D. agents listed were brand new characters, it's nice to see a familiar face from the films. Even if Coulson was never in the original comics, he's arguably the most familiar S.H.I.E.L.D. agent to movie fans from his appearances in Iron Man, Iron Man 2, Thor, Marvel's The Avengers and a couple of Marvel Studios short films included on those movies' DVDs and Blu-rays. The film character proved so popular, in fact, that he was written into the comic book Marvel Universe in Battle Scars, the same story that introduced a new, Sam Jackson-like Nick Fury Jr. into continuity, and booked a recurring role, voiced by Gregg, on the current Spider-man cartoon, Ultimate Spider-Man. But his momentum suffered a small setback in Whedon's Avengers film: he died. In fact, his death was a major turning point in that film. So what's the deal with Gregg on the TV series? Does that mean that the series (which has an official title now: Marvel's S.H.I.E.L.D.) will be a prequel? Or will Gregg appear regularly in flashbacks? Or will his death be somehow undone, wiped from the records? Well... as it happens, the S.H.I.E.L.D. of Marvel Comics has a long history with fake deaths, and a ready explanation for them: LMDs. LMDs or Life Model Decoys, are robotic doubles of S.H.I.E.L.D. agents. Conveniently, whenever a regular S.H.I.E.L.D. agent gets killed, it usually turns out to be an LMD. Nick Fury himself seemingly died in the final issue of the Sixties run of Nick Fury, Agent of S.H.I.E.L.D. (an issue weirdly guest-starring Country Joe and the Fish!), but it was later revealed (in an issue of The Avengers collected in the third Marvel Masterworks S.H.I.E.L.D. volume) that it was actually a Fury LMD shot by the assassin Bullseye. Since then, that exact same scenario has repeated itself at least three more times in the comics. Whenever Nick Fury appears to be dead, no matter how real it looks and how much Marvel's editorial team assures the press that it is, they always fall back on this convenient device. I'm not saying that that will be the excuse for Coulson not dying (I have no idea), but I am pointing out that Marvel has a convenient device for circumventing death pre-built into the S.H.I.E.L.D. universe. (There was even an allusion to LMDs in the Avengers movie.) So it would be kind of cool if they used it...
Posted by Tanner at 12:50 AM

When it comes to making new shows and making money, everyone is immortal.