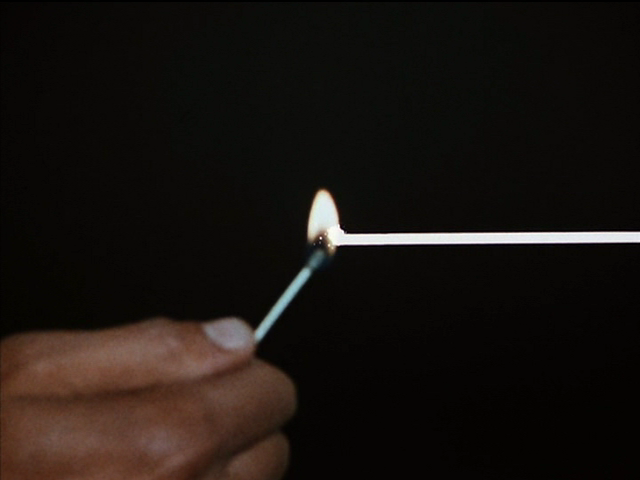 Director Christopher McQuarrie offered an impromptu Q&A on Twitter this weekend in which he revealed a number of tantalizing details about the fifth Mission: Impossible film. Collider provides a nice recap of what he revealed, but it's still worth digging through McQuarrie's tweets (#McQAndA) for some choice nuggets. As someone who appreciated the steps that Brad Bird's Mission: Impossible - Ghost Protocol took to course-correct the film franchise by emulating the classic TV show, I was particularly interested in what McQuarrie had to say with regard to the original series. My number one hope for this film is that it delivers on the promise at the end of the last one to introduce frequent TV series nemesis "The Syndicate." Based on McQuarrie's responses, maybe it will! When a user asked if his movie would have the feel of a TV episode, the director answered, "Promise." When asked if he was a fan of the show and who his favorite character was, McQuarrie tweeted, "Loved the show. Morris was the man," referring to the great Greg Morris, who played electronics expert Barney Collier in all seven seasons. (Great answer! Sadly, though, the director declined to pick a favorite season.) Asked if there would be "many nods to the original like the last one" (meaning Ghost Protocol, which was packed with delightful Easter Eggs for fans of the series), McQuarrie promisingly answered, "nods to the fans abound." (He also said, separately, that there would be nods to Brian DePalma's somewhat misguided first Mission: Impossible movie, which is less promising.)

Beyond discussion of the TV show, it seems like Ghost Protocol (the series' top earner to date) is the model for the next film, which is also good news. Asked, "are you aiming for a darker tone than Ghost Protocol, or will it have the same sense of humor/fun?" the director enigmatically replied, "We were aiming for Ghost Protocol, but Mission has a life of its own and goes where it wants." Hm. Well, I'm glad they started out, at least, aiming for the somewhat lighter tone of Ghost Protocol, which I prefer. I was worried that McQuarrie's Mission might have a darker tone, like his last Cruise collaboration, Jack Reacher. I guess we'll have to wait and see to determine the true answer to that one. McQuarrie told another fan (not entirely convincingly) that previous female IMF agents from the film series Paula Patton (Ghost Protocol) and Maggie Q (M:i:III) were unavailable. (Oh well. In its way a rotating roster of female agents could be an oblique reference to the series, which followed exactly that model for Season 4 after Barbara Bain left.) The director also revealed that we can expect a subtitle and trailer (as well as official publicity stills) imminently! So, following the Mission: Impossible - Ghost Protocol model, they are not reverting to numbers, which is good, as M:I-5 would be too easy to confuse with the British Security Service, or the TV series Spooks which was known in America as MI-5, and also has a feature film spin-off due out this year! Finally, he confirmed that Michael Giacchino, who scored the last two movies (quite fantastically at that!) would not be returning for this installment. Instead, McQuarrie's regular collaborator Joe Kraemer (Jack Reacher, Way of the Gun) will handle the score and is "playing with something retro, of course." Kraemer doesn't have much mainstream experience outside of his work with McQuarrie, which means that along with The Man From U.N.C.L.E.'s Daniel Pemberton (whose prior work is mainly television), we'll be getting two major spy scores this year from relatively fresh voices. That should be exciting!

Now I'm just holding my breath for this trailer....
Posted by Tanner at 12:05 AM