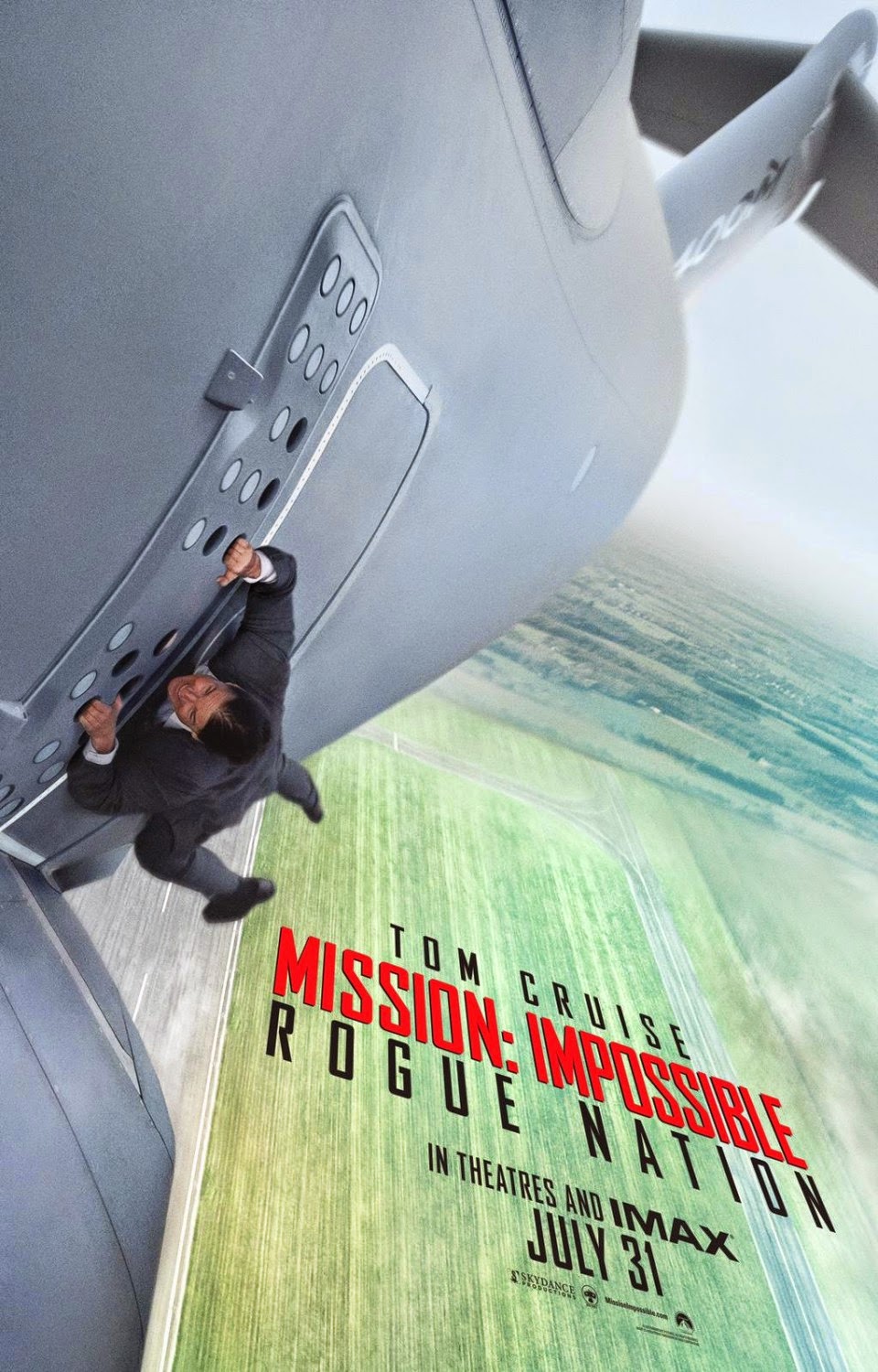 In addition to the TV spot released earlier today, Paramount have also revealed the first poster for this summer's Mission: Impossible - Rogue Nation (via Impawards). Unlike the video, which makes it clear that like Ghost Protocol (and more importantly the TV series before it), this movie will be a team movie, the poster remains very Tom Cruise-centric. That's okay. He's earned that right with his insistence on outdoing himself in each movie with a crazier stunt, like the one shown on the poster. In which (unlike Roger Moore in Octopussy), he actually clings to the exterior of an airborne plane at 5,000 feet. (As proven in the behind-the-scenes photography from filming.) Additionally, USA Today (via Dark Horizons) offers more stills from the new movie, including this one of Cruise with actress Rebecca Ferguson (Hercules, The White Queen). 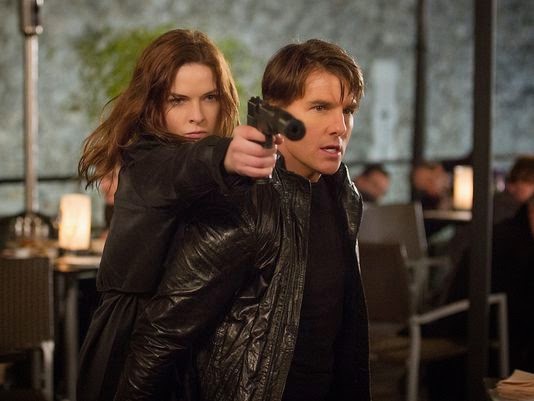