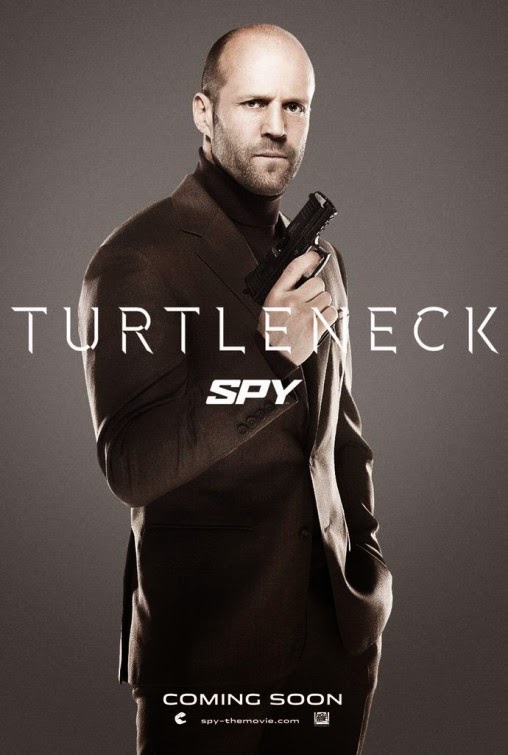 It's perhaps a little cruel of Fox to give us this perfect Transporter poster on the same day that EuropaCorp released their imperfect one. (Imperfect in that it clearly doesn't star Jason Statham.) But coming on the heels of this week's SPECTRE poster, this Statham-centric character poster for Paul Feig's spy comedy Spy is both awesome and hilarious. And it goes a step further than 007. Daniel Craig upheld a longtime spy tradition by dressing for action in a black turtleneck. Statham adds himself to the pantheon that includes Illya Kuryakin, Number 6, James Bond and Sterling Archer by not only posing in a turtleneck, but spelling it out for us! In SPECTRE-style letters no less. (This is the second Spy poster to parody a Bond one; McCarthy mimicks Craig's pose from the Skyfall 1-sheet on the previously released ensemble poster.) Spy, in which Statham co-stars with Melissa McCarthy, Rose Byrne and Jude Law, and opens June 5. 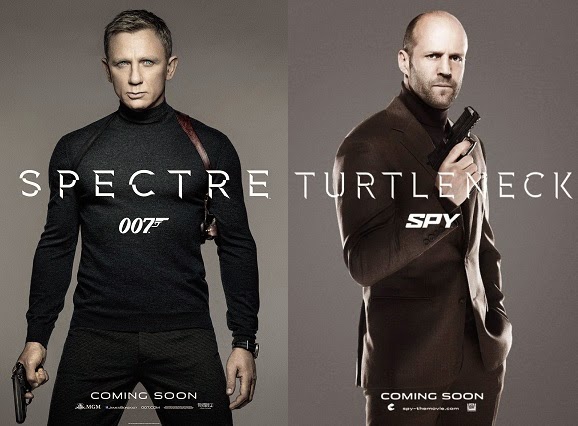