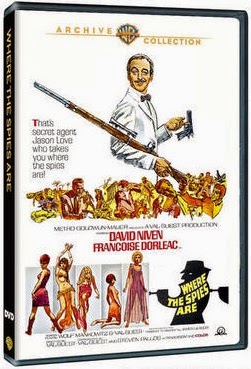 Spy fans have been waiting a long time for the Warner Archive Collection to make the 1966 David Niven Eurospy title Where the Spies Are available as an MOD DVD. The title was added to WAC's streaming service two years ago, but finally becomes available to purchase on MOD next week! (It is no longer streaming, though.) Directed by Val Guest (Assignment K, Casino Royale), Where the Spies Are stars Niven (Casino Royale) as Dr. Jason Love, hero of ten books by James Leasor. (This one is based on the first entry, Passport to Oblivion.) The supporting cast will also be familiar to spy fans. It includes Francoise Dorleac (Billion Dollar Brain), John Le Mesurier (Hot Enough For June), Noel Harrison (The Girl From U.N.C.L.E.) and Eric Pohlmann (the original voice of Blofeld). Niven is a bit old for the role (which is probably why the hoped for series never materialized), but he's still charming and ably supported by gorgeous Beirut locations, a bevy of beautiful spy babes, a cornicopia of nifty gadgets, and a vintage Cord. The WAC DVD is presented in its original widescreen aspect ratio of 2.35:1. 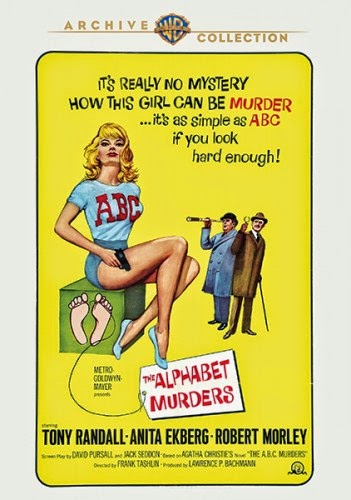 Another Sixties espionage title that was previously streaming only and is now available on MOD (also as of March 10) is The Alphabet Murders (1965), in which Agatha Christie's Hercule Poirot gets a Bond-age tweak in the person of Tony Randall (Our Man in Marrakesh). Robert Morley (Some Girls Do) co-stars as a British Intelligence officer who can't keep up with the Belgian sleuth. Spy stalwarts Anita Ekberg (Call Me Bwana), James Villiers (Otley), Patrick Newell (The Avengers) and Julian Glover (For Your Eyes Only) round out the cast. Frank Tashlin's film arrives on Warner Archive in its original aspect ration of 1.78:1. 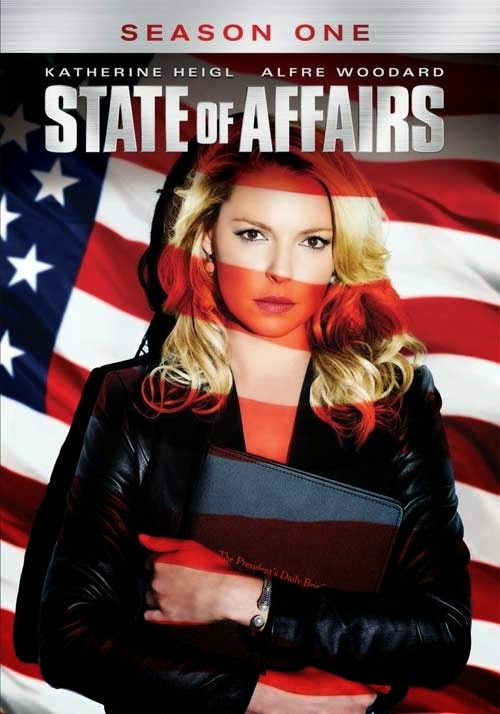 Additionally, Universal has made the the first (and quite likely only, given the poor ratings) season of the fledgling NBC spy drama State of Affairs, starring Katherine Heigl and Alfre Woodard, available as an MOD title. The 3-disc set, billed optimistically as State of Affairs: Season One, is available now through Amazon. This soapy mix of Scandal and Homeland had impressive credentials (with Joe Carnahan directing the pilot), but lost my interest after a few episodes. Still, maybe I'll check out the rest eventually on DVD. I do still really like that key art...
Posted by Tanner at 1:53 AM