Posters and Teaser Trailer for Spooks: The Greater Good Mission: Impossible 5 (now known as Mission: Impossible - Rogue Nation) isn't the only spy movie spun off from a successful TV series with the initials "MI-5" coming out this year. As we first learned back in late 2013, the popular BBC series MI-5 (as it was known in America; Spooks to UK viewers), which ran from 2002-2011, is also getting the big screen treatment this year. Spooks: The Greater Good is set for release in Britain on May 8 (lucky Brits!), and two posters and a brief teaser were unveiled at the end of January. They somehow slipped by me until now. So far there is unfortunately no U.S. release date set. Presumably in the States it will be titled MI-5: The Greater Good, so you would think that Fox (who are distributing in the UK, but not confirmed for North America) would want to get it out here prior to Rogue Nation to capitalize on spy fans' confusion. I admit, that's a rather cynical position to take on a movie I'm really excited about, but I'm trying to think like a distributor. The only confirmed regular cast members from the TV series are Peter Firth (featured on the poster above), returning as Security Service spymaster Harry Pearce, and Lara Pulver (Sherlock), who was introduced in the 10th and final season as Erin Watts. Tim McInnerny reprises his recurring role as Oliver Mace, while the rest of the cast is rounded out by newcomers. (The movie is designed to be accessible to first-time viewers as well as dedicated fans.) Kit Harrington (Game of Thrones) leads the pack (and is pictured on the poster below), along with Jennifer Ehle (Zero Dark Thirty), David Harewood (Homeland), Elyes Gabel (Exit Strategy, A Most Violent Year) and Tuppence Middleton (The Lady Vanishes). Check out the teaser: 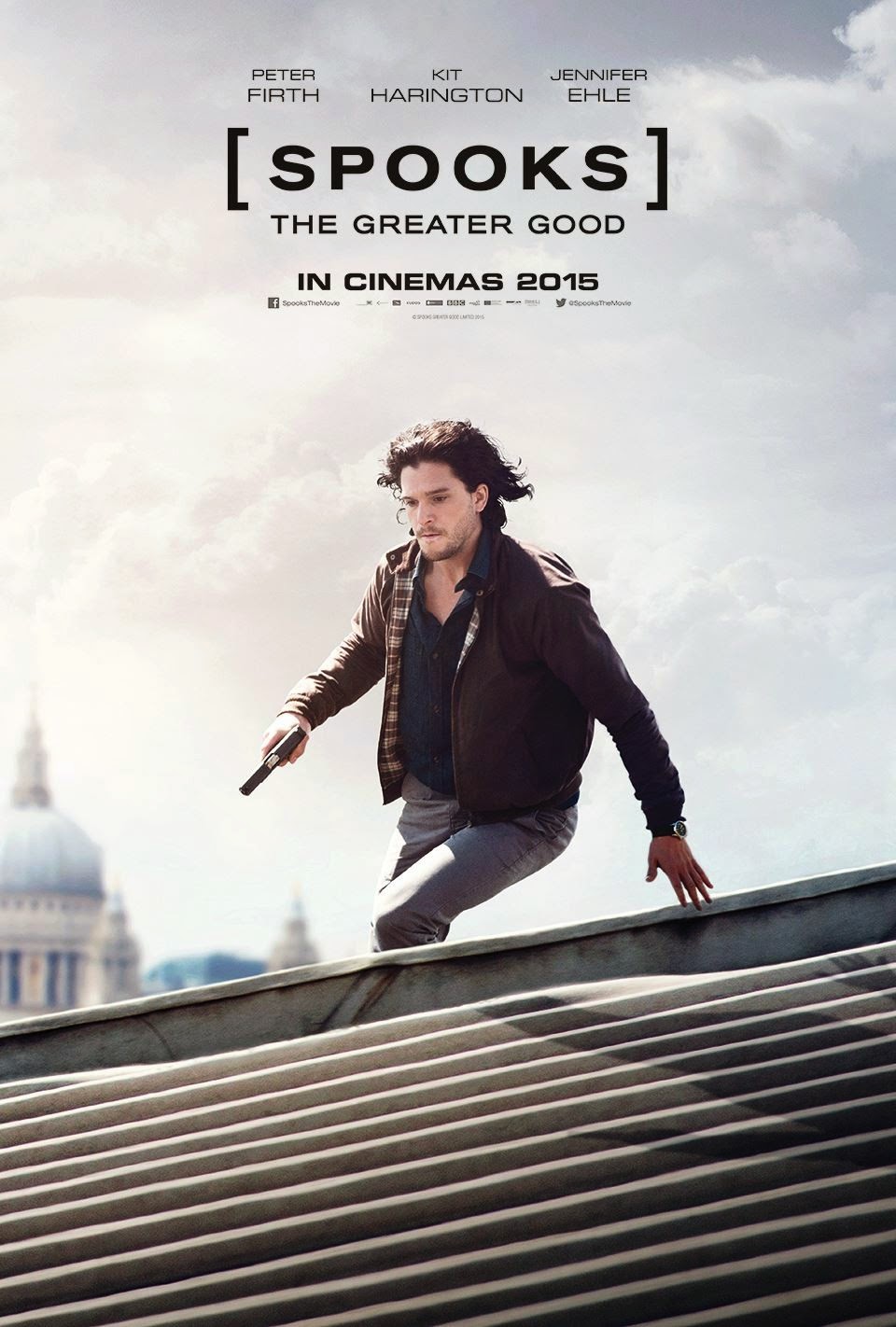