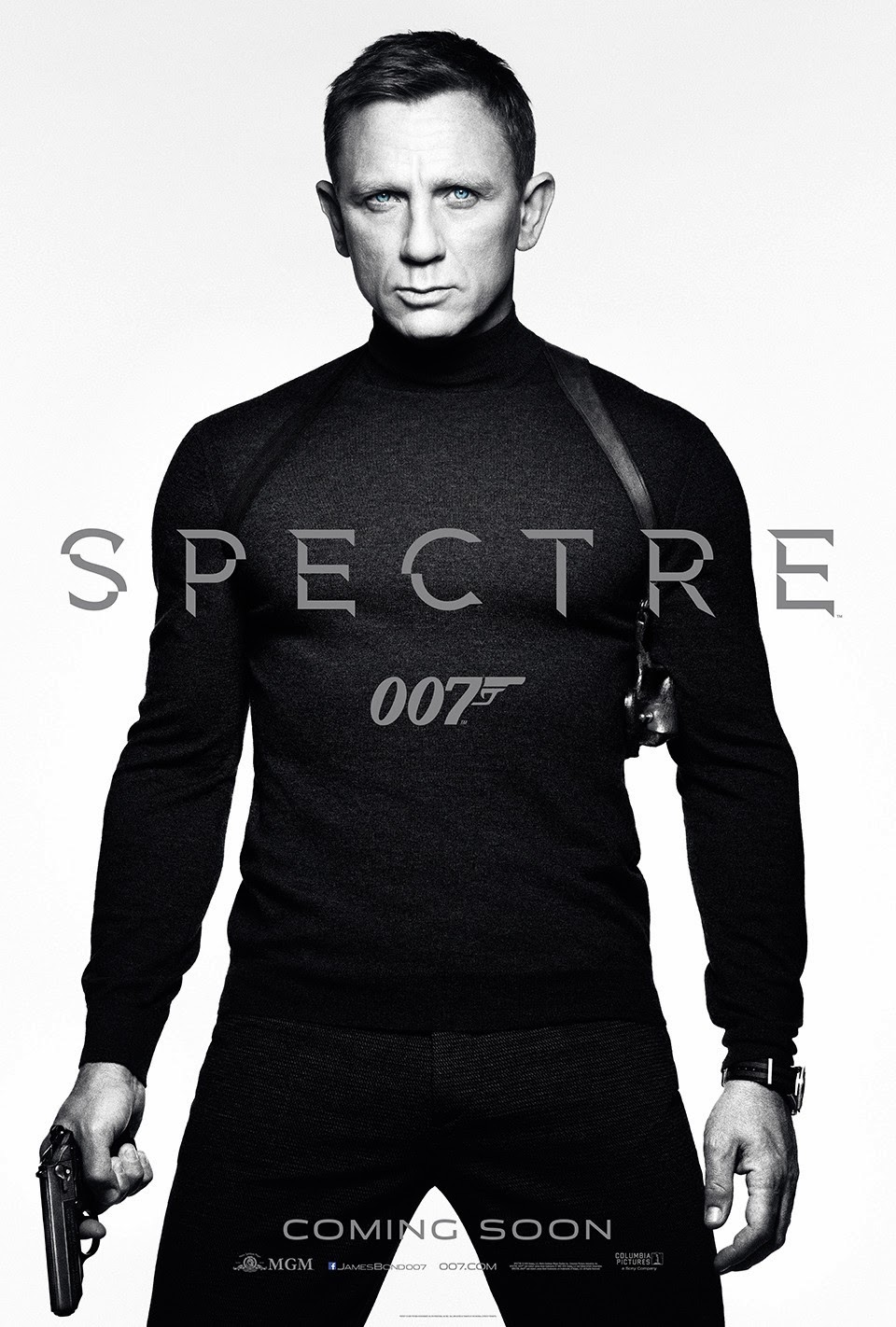 Today the official James Bond website unveiled four versions of a new advance poster for the 24th official 007 movie, SPECTRE. The stark image shows Daniel Craig (sporting a much more Bondian haircut than he did in Skyfall) dressed for action in a dark mock turtleneck and shoulder holster. It instantly conveys a plethora of screen spy history--not only a classic shot of Roger Moore in a similar pose for Live and Let Die, but also other agents with similar styles, from Illya Kuryakin to Number 6 to Sterling Archer. The four versions released online include a black and white US advance (above), a color US advance, a black and white UK quad, and a color UK quad (below). Personally, I rather like it... though my girlfriend scoffed that it made Bond look like Putin. It's unclear if both the color and monochrome (save for Craig's blue eyes) versions will make it into cinemas, or if one is online only. SPECTRE opens November 6 worldwide. 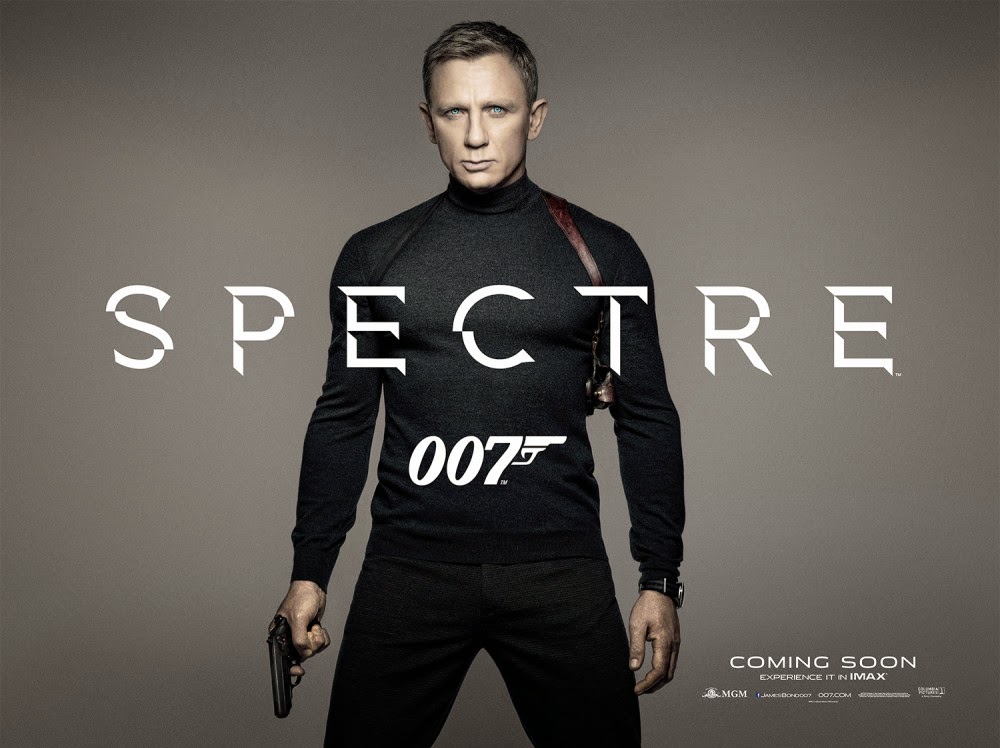