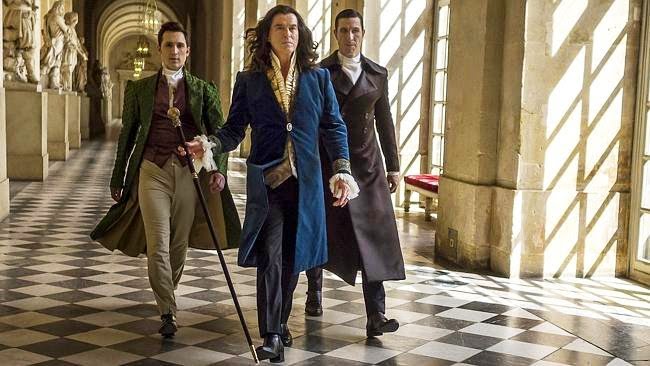 Deadline offered updates today on two eagerly anticipated Pierce Brosnan movies. First, the trade reports that The Moon and the Sun, in which the former 007 plays King Louis XIV of France, has been removed from Paramount's release schedule for the time being. Hopefully this is just because they're still working on the effects or something, and not because the studio has lost faith in the film. Personally, I'm very excited for this period fantasy film based on the Vonda McIntyre novel, so I hope it reappears on the studio's fall slate. It's just as well that it won't be coming out on its original release date of April 10, as there has been no advertising so far. A delayed release will give the studio time to properly market the movie.

Of more direct interest to spy fans is the news that Survivor, James McTeigue's (V for Vendetta, Ninja Assassin) all-star espionage thriller with Milla Jovovich, Emma Thompson, Robert Forster, Angela Bassett, James D'Arcy, Dylan McDermott and Brosnan as the baddie, has a U.S. distributor. According to the trade, Alchemy Entertainment (formerly Millennium Entertainment, distributor of my own horror movie Dead Within which everyone should of course buy!) has acquired the U.S. rights, and the film "will get a multi-platform release this year." It would be nice to know when this year and on which platforms, but at least fans now have a ballpark notion. Deadline reports that Phil Shelby’s screenplay (the plot of which bears an uncanny resemblance to his 1998 novel Gatekeeper) "centers on a Foreign Service officer [Jovovich] in London who tries to prevent a terrorist attack set in New York but is forced to go on the run after she is framed for crimes she didn't commit."
Posted by Tanner at 2:56 PM