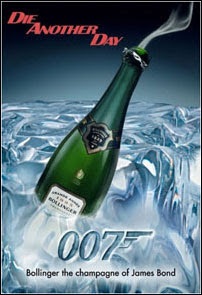 Well, the year of 007 has come to an end, and neither the James Bond publishers nor movie producers took advantage of the number. (Ironically, the year of Bond’s frequently-threatened replacement, 2008, looks to be much more promising for the British superspy.) In fact, the only people who did take advantage of the year, weirdly, were the cover designers of the Cool McCool DVD set! (Which has now managed to date itself, I suppose.) Without a new entry in The Moneypenny Diaries series, it was up to Charlie Higson’s Young Bond to represent 007 in his year, which he did admirably (in not one, but two new books), but in adventures set long before James earned his deadly prefix. Both Casino Royale and the remastered boxsets of Bond DVDs were released in 2006, so the only Bond movie event of this past year was the release of Casino Royale on DVD, and Sony even failed to capitalize on the fortuitous year in the marketing for that! But with 007 M.I.A., 2007 still proved to be a fantastic year for spies. Here’s my Top 7 of ‘007:

1. The Bourne Ultimatum
2007 brought us the best action spy movie in years, a truly fantastic achievement for director Paul Greengrass and star Matt Damon despite straying so far from their Robert Ludlum source material.

2. The Man From U.N.C.L.E.
The classic American spy show, long demanded by fans, was finally released on DVD–and in lavish style courtesy of Time-Life. The 40-disc set contained all four seasons packed in an elaborate attache case box along with six discs’ worth of terrific bonus material!

3. Double or Die
Charlie Higson continued to reward Bond fans with another excellent entry in his series of "Young Bond" novels, which has proved to be far, far better than such a far-fetched premise ever had any right to be. The novel was accompanied by a very impressive companion piece, The Young Bond Rough Guide to London, which served as a guidebook to all the locations James visits on his breakneck chase across the British capital. Fans were surprised and delighted by the arrival of the follow-up novel, Hurricane Gold, in the same year, but that one, while still entertaining, failed to live up to the high marks set by Double or Die and Blood Fever.

4. Breach
This unassuming little reality-based spy drama proved a surprise treat espionage spy fans early in the year, and turned out to be a better movie–and DVD–than Universal’s much more flashy, more highly-budgeted spy epic The Good Shepherd. Chris Cooper gave a peerless performance as FBI turncoat Robert Hanssen, one certainly deserving of Oscar consideration if only the Academy members can be bothered to remember a movie from February....

5. Burn Notice
Another surprise treat. USA’s escapist summer spy show started its debut season as entertaining fluff most notable for the presence of co-star Bruce Campbell, but ended up compulsory viewing for fans of the genre as series star Jeffrey Donovan won us over with his appealing, sarcastic voice-over and ability to move effortlessly from action to drama to comedy.

6. Tie: Mission: Impossible: The 3rd TV Season and The Adventures of Young Indiana Jones: Vol. 2
In addition to U.N.C.L.E., we also got the best season yet of another Sixties TV chestnut, Mission: Impossible. Season 3 is the perfect starting point for anyone thinking about sampling this excellent series for the first time. On top of that, spy fans were spoiled with even more great TV-on-DVD, foremost among them the long-awaited DVD debut of another fantastic spy series, this one from the Nineties and rarely thought of as a spy series at all. Still, Young Indiana Jones spends the better part of this nine-disc set in the employ of French and Belgian Intelligence, and we're also treated to some great documentaries on WWI espionage and its most infamous practitioner, Mata Hari.

A special mention should also be made of Tim Lucas’ long-in-the-making tome, Mario Bava: All the Colors of the Dark. While the percentage of spy material in this mammoth volume (devoted mostly, like Bava’s career, to the horror genre) is too low to merit a place on a best-of list devoted specifically to spies, Lucas still manages to give us the most insight yet published on the Italian film industry of the Sixties that spawned the whole Eurospy genre, and thoroughly in-depth accounts on the making of two such movies, Bava’s masterpiece Danger: Diabolik and disasterpiece Dr. Goldfoot and the Girl Bombs. The latter is a very insignificant entry in the Eurospy cycle, but I suspect the account of its making to be fairly universal for that genre.

So what’s ahead? Most of the highlights of 2007 came as surprises, but it’s fairly easy to telegraph the spylights of 2008 from this vantage point. As the Centenary of Ian Fleming’s birth, ‘08 promises to be the kind of Bondian year that ‘007 should have been, by all rights. In addition to Sebastian Faulks’ eagerly-anticipated, Cold War-set continuation novel, Devil May Care, we’ll also get Charlie Higson’s final Young Bond novel, the first Young Bond graphic novel (an adaptation of Silverfin), and the one that I’m personally most looking forward to, the conclusion of Samantha Weinberg’s Moneypenny Diaries trilogy, Final Fling. On top of all that, the Centenary will also bring us some more books about 007 and his creator, some cool exhibits (if you’re lucky enough to be in London this summer), a nifty line of British postage stamps and, oh yeah, a new movie starring that Daniel Craig guy! The movie will no doubt be accompanied the usual slew of Bondian publications that come out whenever a new film debuts, ensuring that both spring and fall burn holes in the wallets of Bond aficionados...

In addition to the still-untitled Bond 22, ‘08 will bring us the bigscreen version of Get Smart (as well as a direct-to-DVD companion movie), Tom Tykwer’s Interpol adventure The International, starring Clive Owen, Ridley Scott’s contemporary spy drama Body of Lies, and plenty of other spy movies. Even James Bond’s most famous cinematic progeny returns to the screen after nearly twenty years, when Indiana Jones throws his hat into the Cold War spy arena taking on Russian agents instead of Nazis. Of course, on top of all that we’ve got to expect and look forward to, there could be more of those nice surprises in store as well. What will be 2008's Burn Notice or Left On Mission? I look forward to finding out!

In conclusion, I want to wish a Happy New Year to all Double O Section readers. I hope that 2008 proves to be a great year for all!
Posted by Tanner at 12:11 PM