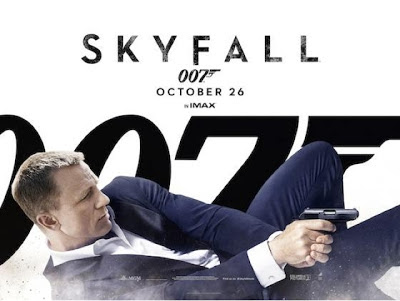 Skyfall has been announced as tonight's (up until now) "secret screening" at the AFI Festival in Hollywood. It will screen tonight in the historic Grauman's Chinese Theater at 9:15. Tickets are free, but available only at the AT&T box office at the festival, located on the fourth floor of the Hollywood & Highland shopping center. Even then, I don't think a ticket guarantees entry, so if you plan on attending, be sure to arrive plenty early to line up.

Of course, Skyfall also opens tonight at midnight in IMAX locations around the country!