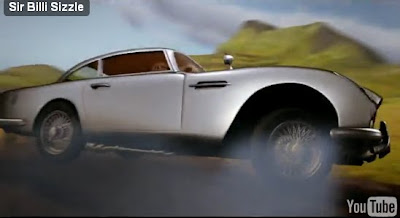 Connery Back In A DB5 In New Film


Sir Sean Connery is back behind the wheel of a familiar Silverbirch Aston Martin DB5 in his new film... or rather, a videogame-ish animated approximation of the actor is, in a scene from the computer animated Scottish film Sir Billi, for which Sir Sean emerged from retirement to lend his voice (and likeness).  /Film points the way to a YouTube video of a sizzle reel (not an actual trailer) for the film, which is still a work in progress.  They also have a commentary that's worth reading.  It's certainly an oddball project.  Despite whatever faults Sir Billi may have, it's notable to Bond fans for reuniting three iconic elements of Goldfinger: Connery, an Aston Martin and Shirley Bassey, who provides the theme song, as previously reported.) 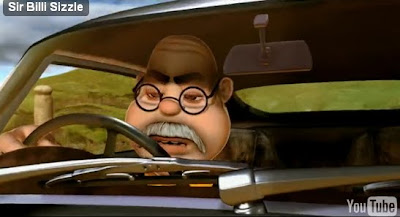