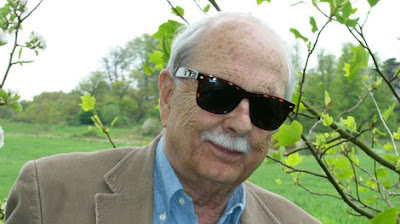 The Avengers Declassified tips its bowler in the direction of the BFI website, announcing a Brian Clemens retrospective ("Brian Clemens: Auteur of the Avengers") running in London all next month, beginning July 2.  Clemens (who was just awarded a much deserved OBE in the Queen's Birthday Honors) was, of course, the prevailing creative force behind The Avengers (especially in its color years), but he also contributed to just about every British spy show of the Sixties and Seventies, including Danger Man, Invisible Man, Man From Interpol, Man of the World, The Sentimental Agent, Adam Adamant Lives!, The Baron, The Champions, The Persuaders!, The Protectors, The Adventurer, The New Avengers, The Professionals, Thriller and Quiller.  The incredibly prolific Clemens also wrote a number of films including The Golden Voyage of Sinbad, And Soon the Darkness (which is currently being remade) and a pair of fantastic Hammer movies, Dr. Jekyll and Sister Hyde and Captain Kronos, Vampire Hunter.  In my book, you can't really have a more impressive resume.  I am a huge fan, and if I lived in London I would be at every screening!  BFI will screen a great number of those works, including both rarely-screened movies and TV episodes, and Clemens himself will make a couple of personal appearance throughout the festival. 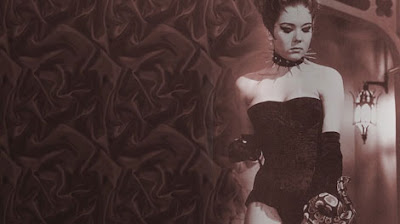 Some of the many highlights include a screening of the Danger Man episode "View From the Villa" (which was shot in The Prisoner's future home, Portmeiron) paired with an episode of the rare detective show Mark Saber guest-starring Patrick McGoohan, an episode of the Seventies spy series Quiller (based on the Adam Hall books and unavailable on DVD) that was originally written for Mission: Impossible (can you imagine a Clemens-penned Mission?! I wish it had been so!) paired with an episode of Thriller starring TV's Quiller, Michael Jayston (who later voiced James Bond in a radio adaptation of You Only Live Twice), and an evening of The Avengers (the great Cathy Gale episode "Don't Look Behind You") and Adam Adamant Lives!, neither of which are particularly rare or unavailable, but both of which are so fantastically entertaining that I can't imagine passing it up.  Clemens will appear for "A Conversation With Brian Clemens" (following Captain Kronos) on Jully 28 and a separate discussion entirely devoted to The Avengers following a screening of the Emma Peel classic "A Touch of Brimstone" on July 22. Tickets to all events are available on the BFI website.  I'm jealous, lucky Londoners!
Posted by Tanner at 5:30 AM

One day an event in the UK will come up that will be so irresistible you will fly over there for it.

There IS one that's so irresistible that I really WANT to, but I just can't afford it. I still haven't even gotten around to posting about it, but the event that has me most excited is the Kiss Kiss Kill Kill Eurospy exhibit and conference coming up in the UK this fall. That's a good reminder to post more about it!