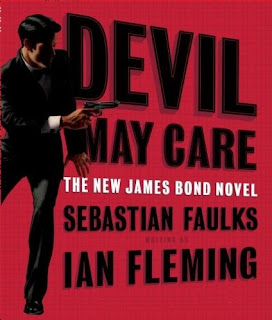 It hardly comes as a surprise–since the producers have exclusive film rights to the character and the right to make up their own stories, and have consequently never optioned any James Bond continuation novels–but, according to Variety, EON Productions has officially passed on acquiring Sebastian Faulks' Centenary James Bond pastiche Devil May Care. This despite the author's obvious attempts to make the book cinematic–even at the expense of its fidelity to its literary origins. Producers cite the novel's 1960s setting as their reason for passing, although since the book doesn't really take advantage of the time period, that could actually be updated as easily as Ian Fleming's Casino Royale was updated for 2006. Faulks, however, along with Ian Fleming Publications (the book's co-copyright holders), remains hopeful that one day the book may still be filmed, says the trade. Interestingly, the story also mentions that Charlie Higson's Young Bond stories "would appear ripe for cinematic adaptation," but doesn't discuss the fact that they're also period pieces.
Read my review of Devil May Care here.
Posted by Tanner at 12:16 AM