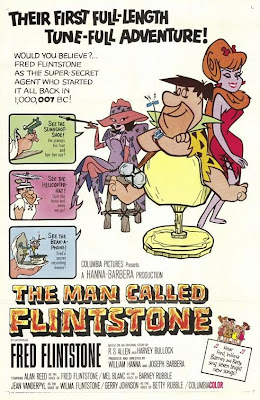 TVShowsOnDVD.com reports that Warner Bros. has cleared up the rights issues that held up previously planned DVD releases of the 1966 big-screen animated spy spoof The Man Called Flintstone, and the dis 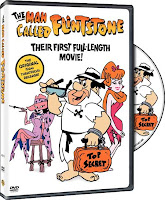 James Bond named Rock Slagg. He and his family (and neighbors the Rubbles) then embark on an adventure across, er, "Eurock," pursued at every turn by the incompetent agents of SMIRK. What I love about The Man Called Flintstone is that it so clearly demonstrates how pervasive Bondmania (and spy fever in general) was in 1966: so much so that when adapting a popular prime-time toon about cavemen into a movie, the obvious choice was to make it a Bond take-off! And that Our Man Flint-inspired poster art is pretty great, too. 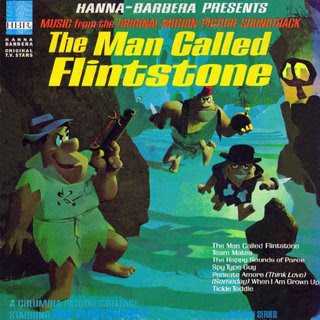 I'll definitely have to get my hands on this. It sounds pretty cool. It is neat that so many things were inspired by the Bond craze going on in the 60's.