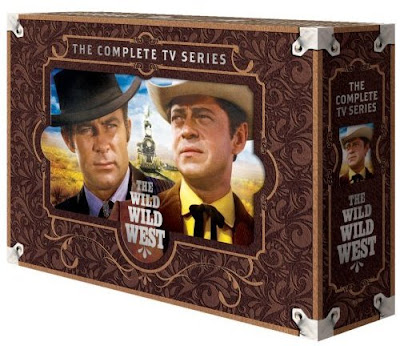 Amazon has posted the package art for CBS/Paramount's The Wild Wild West: The Complete TV Series, and TVShowsOnDVD points the way. As previously reported, the best thing (or possibly most frustrating, to fans who already shelled out for all four individual seasons) about this release is the inclusion of the two never-before-released TV reunion movies, Wild Wild West Revisited and More Wild Wild West. I wouldn't be surprised if that fancy packaging turns out to house the four individual sets, two by two, plus an additional DVD containing the bonus attractions. (Remember the first set was thicker than the later ones, so there would definitely be space...)
Posted by Tanner at 3:57 PM