Including New Geroge Lazenby Movie Opening In US - UPDATED

As a reminder, two very rare spy movies starring the great James Mason (North By Northwest) will screen tonight (Friday, July 31) at the Los Angeles County Museum of Art. The double bill kicks off at 7:30 with Joseph Mankiewicz's 1952 WWII espionage dramedy 5 Fingers, in which Mason plays a social-climbing valet in the British embassy in Ankara plotting to sell Allied secrets to the Germans. His machinations get him pursued by agents of both sides. 5 Fingers is followed at 9:30 by The Deadly Affair, Sidney Lumet's excellent 1966 adaptation of John Le Carré's novel Call for the Dead. Mason plays George Smiley, only Columbia couldn't call him Smiley because Paramount owned the rights to the name for their film of The Spy Who Came In From the Cold, in which Smiley plays a relatively small part. So Mason's Smiley is called Charles Dobbs. But he's quite excellent in the role, and local Le Carré fans should definitely make a point of catching this screening if they've never seen this film. I was hoping to attend myself, but it looks like I won't be able to make it. If someone else does, please post a comment! Neither movie is available on DVD in the United States, although The Deadly Affair is available in Britain and 5 Fingers is available in South Korea.

Visit the LACMA website for more information on this screening.

Read more about 5 Fingers in The LA Weekly's piece on the whole James Mason retrospective.

Read my whole review of The Deadly Affair here. 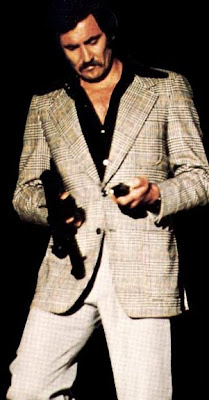 Also playing this weekend in Los Angeles and New York is Not Quite Hollywood, that documentary about Australian grindhouse (or "Ozploitation") movies that features one-time James Bond George Lazenby. I first reported on this when Aintitcool linked the trailer last fall. The movie covers a ton of insane Aussie exploitation films from the 70s and 80s and the insane people who made them. Included on the roster is Lazenby's The Man From Hong Kong (1975); I wouldn't be surprised if Stoner (1974) and maybe some of his other action films of the era turned up as well. Lazenby appears in the trailer in some amazingly-remastered clips, as well as in a brief snippet from a new, on-camera interview, but Quentin Tarantino dominates the proceedings in the trailer, as he does most things related in any way to cult cinema. Boasting the tagline, "Finally a documentary full of gratuitous nudity, senseless violence, car crashes... and a bit of kung fu," this looks quite entertaining, and I'm definitely hoping to check it out! Not Quite Hollywood opens in Los Angeles (at the Nuart) and New York (at the Village East) tonight; it expands the following week to the E Street Cinema in Washington, DC, and then to Berkeley, San Francisco, Denver, Minneapolis, St. Louis and Seattle on August 14. Then it opens in Cambridge and Philadelphia the week after that, and presumably other markets will depend on how it performs in the first stages of its platform release. So check your local listings, as they say! It's already on DVD in Australia. 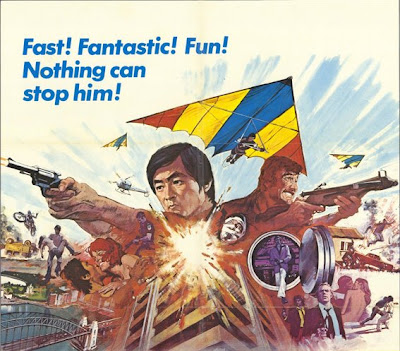 Think I might try and catch Not Quite Hollywood this weekend. Thanks for the heads up.

Not Quite Hollywood is brilliant, and really makes you want to see all these trashy Ozploitation films - the thing is, though, that a lot of these films are really tough to sit through today. NQH is quite selective in its clips and makes each film seems like a masterpiece of sleaze and violence. But do see it and enjoy!