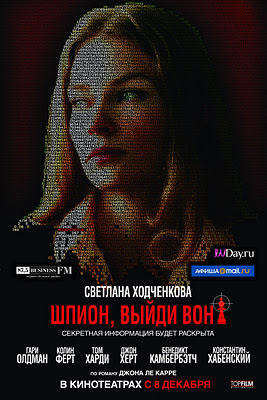 Irina didn't rate a poster of her own in the UK, but actress Svetlana Khodchenkova is big enough in Russia (where she's posed for the cover of Playboy) to get her own character poster in the same style as those that were used elsewhere in Europe earlier this year for most of the movie's male characters. (Courtesy of the Imp Awards.) She also gets her face right next to Smiley's on the Russian quad (a significant promotion given the relatively small role her character plays in the novel). Speaking of which, isn't it weird to see a John Le Carré movie promoted in Karla's language? I suspect George Smiley would be delighted. 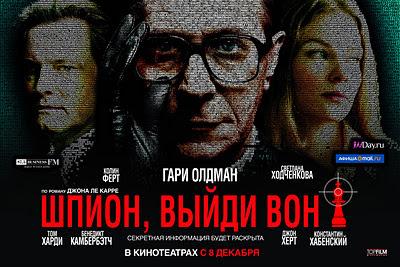 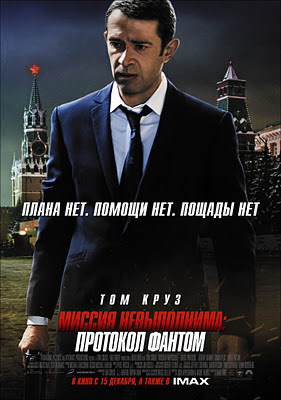 Meanwhile, as a further testament to the promotional power of casting global stars in Hollywood movies, Russian actor Vladimir Mashkov (Alias) merits his own character poster in his home country (complete with a Kremlin background) for Mission: Impossible - Ghost Protocol, in the same style as the U.S. bus stop designs. So does French actress Léa Seydoux (Inglourious Basterds), making a nearly complete set. No doubt Anil Kapoor (24) will feature prominently in the Indian campaign, and Michael Nyqvist (The Girl Who Played With Fire) in Swedish advertisements.