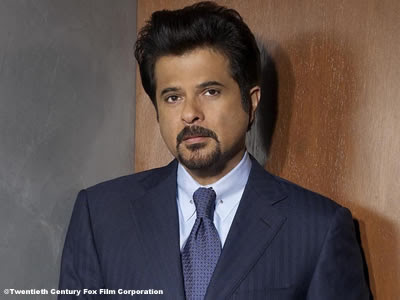 24 is coming back! On Indian TV. With Bollywood star Anil Kapoor (who played President Omar Hassan on Season 8 of the original series) starring as the Indian version of Jack Bauer. Wow. I would be really interested in seeing that, but it seems decidedly unlikely that we'll ever get a subtitled DVD set. Deadline reports that the Slumdog Millionaire star has secured the rights from 20th Century Fox and will produce and star in the remake, with pre-production beginning mid-2012. How awesome is that? “It will be a great honor for me to play Jack Bauer,” Kapoor told the trade blog. “Kiefer has created an iconic character which has inspired me to bring the franchise to India. This will be my first foray to Indian television and I look forward to duplicating the standard of excellence Fox has so successfully created.” The big question, of course, is will the Bollywood version incorporate colorful song-and-dance numbers amidst the relentless torture? Kapoor can next be seen in one of the season's most anticipated spy movies—Mission: Impossible - Ghost Protocol.

UPDATE: The Hollywood Reporter, which appears to have originated this story, adds that 24 producer Howard Gordon (now working on Showtime's Homeland) insisted that Kapoor star in the Indian iteration of his show (currently referred to internally as 24: India) as a condition of his consent. The trade also reports that "although no other international deals have been struck for the series, [20th Century Fox] has been approached about local productions in Japan and the Middle East." So we could conceivably see Jack Bauers popping up all over the world, just like David Brents did.
Posted by Tanner at 11:42 AM

A further update on this - Colors now have a trailer out (albeit in Hindi) and an air date of October.

Oh wow! Thanks for the tip, SH! I'll post that on the main page. I liked the trailer, but I'm surprised that it looks like a pretty direct remake of the first season of 24. I was hoping it would be a brand new storyline specifically tailored to India. I'd love to see this with subtitles one day, but somehow I doubt that will ever happen...