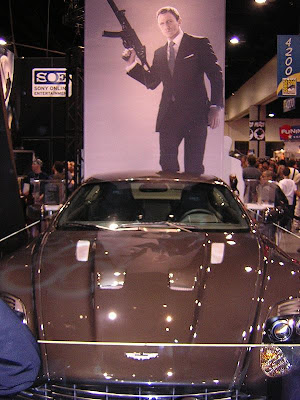 Apologies for the long delay in updates last week, but when I went down to the San Diego Comic-Con, I ended up unexpectedly internetless. I'll be catching up on the news I missed while I was gone as well as posting stories from Comic-Con over the next couple of days.
Despite some tantalizing rumors swirling beforehand that Daniel Craig would make a surprise appearance at Sony's presentation, the studio didn't so much as show the trailer for Quantum of Solace at their panel. There was very little promotion whatsoever for the film (as was the case with Casino Royale in '06), but they did at least have one impressive guest from the set: 007's Aston Martin DBS. It was just sitting there at their booth, in the middle of the convention floor, not showing off gadgets or squealing its tires or anything... but then again, an Aston Martin doesn't need to do much to draw attention!
Stay tuned for more Bond, Nick Fury, 24 and more spy news from the Con over the next few days... 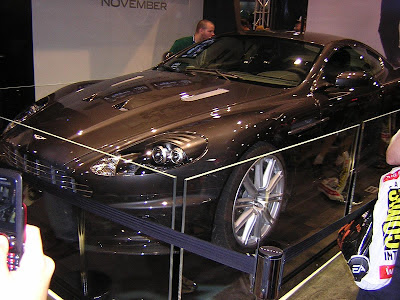 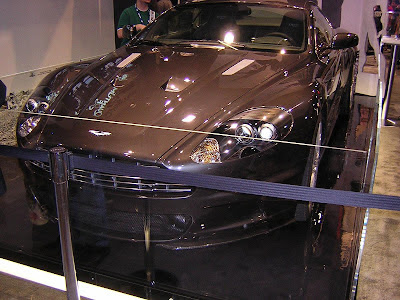 I knew you'd either been away or had been captured by enemy agents! Glad your back. Looking forward to all the news.