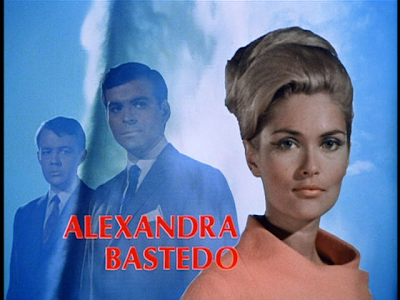 I had a chance to speak with Guillermo Del Toro last week while he was on his Hellboy 2 press junket (great movie, by the way; check it out this Friday!), and asked him about the status of his movie version of the cult Sixties ITC show The Champions (which still strikes me as one of the more surprising TV remake announcements ever!). I was afraid The Champions was doomed when Del Toro committed to spend the next half decade in New Zealand directing The Hobbit, but he assured me it's very much still in the works. He will not direct it, however, just write. He said that he's finished a treatment and will be turning in his script draft shortly. He also revealed that the characters remain the same, though he has an interesting new twist on the material. I concluded our conversation by asking him if he thought he'd be able to cast anyone as beautiful as Alexandra Bastedo as Sharron, and he responded, "I don't think there is anyone as beautiful as Alexandra Bastedo!" Well said, Guillermo, well said. 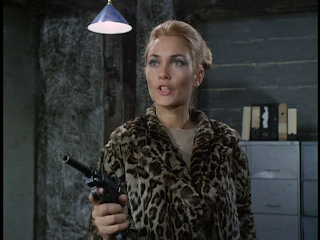 I've said it before and I'll say it again: I can't wait for this movie! It will be interesting to see who Cruise/ Wagner and United Artists select to direct it.
Posted by Tanner at 7:25 AM

WAY COOL! AND I MEAN, WAY COOOOL! THANKS FOR THIS UPDATE. LIKE YOU, I CAN'T WAIT FOR THIS ONE. IT'S SUCH A NITCH PIECE!