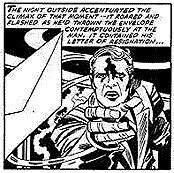 Even More On The Prisoner TV Remake

There's a lot more Prisoner remake information--and the hint that still more will appear in the coming weeks--on AMC's own blog. Check it out for quotes from network execs and Ian McKellen and a hint of the direction the new version will take: "While the original series, which debuted in 1967, was a riff on Cold War politics, AMC's reinterpretation will reflect 21st Century concerns and anxieties, such as liberty, security, and surveillance, yet also showcase the same key elements of paranoia, tense action and socio-political commentary seen in McGoohan's enigmatic original." Head on over to see it all.
As far as the upcoming Sixties Spy TV remakes go, I'm adamantly looking forward to The Saint. I'm much more apprehensive about The Prisoner. That may be because I like James Purefoy better than Jim Caviezel, but I think it's got more to do with the fact that The Saint has already had so many incarnations (both good and bad) that I'm more open to new interpretations of that character. The Prisoner had one definitive run, and it was an absolute, undeniable classic, so any tinkering worries me. Of course, I'm also excited to see what they come up with!
Posted by Tanner at 10:52 AM

Email ThisBlogThis!Share to TwitterShare to FacebookShare to Pinterest
Labels: remakes, The Prisoner, The Saint, TV