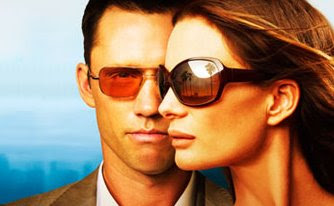 Michael Westen returns when Season 3 of Burn Notice kicks off tonight on USA–and apparently the paradigm has shifted. Having (sort of?) gotten out from under the thumb of his mysterious controllers at the end of last season, it appears that Michael is no longer confined to Miami. According to USA's description of tonight's episode, "Michael emerges from the water free from interference by the organization that burned him. But he's no longer under their protection, and is being investigated by the police. He gets out of prison with help from an old friend who has a job for him: extraditing a thug who's displacing landowners in a Latin American country." Michael Westen in Latin America? Sounds good to me! (And easy enough to film in Florida.) The new season of Burn Notice kicks off tonight at a new time, 9/8 Central. After that, it's sure to air again and again and again all weekend long. That's the way they do things on USA. And making tonight's premiere night a whole spy night, USA is also airing Casino Royale tonight at 6–and for the next three nights on top of that, for four nights in a row of Casino Royale! You can't beat that.
Meanwhile, Burn Notice: Season 2 comes out on DVD and Blu-Ray on June 16.
Posted by Tanner at 6:04 PM