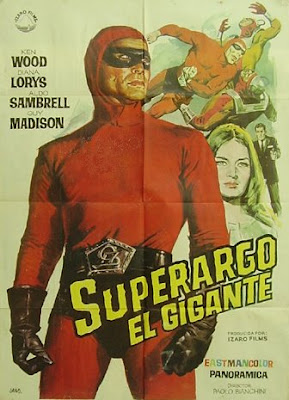 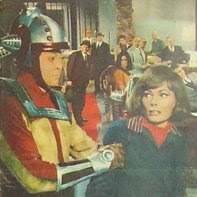 ia Code Red. Code Red (also the company behind the upcoming Internecine Project DVD) announced the title on their blog as part of a post about comedy troop Cinema Head Cheese, who will be providing a Mystery Science Theater-style "comedic commentary" for the film. Apparently the release will be part of the Exploitation Cinema series from Code Red parent company Navarre. The film was previously available in America only in a severely butchered format 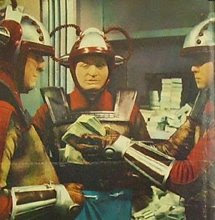 as part of a similar MST3K-style series called Cinema Insomnia featuring late-night TV host Mr. Lobo constantly interrupting the feature. Thankfully, Code Red's DVD apparently relegates such shenanigans to an optional commentary track! So you should be able to watch the faceless robots attack a station wagon without listening to someone making fun of that if you want to. 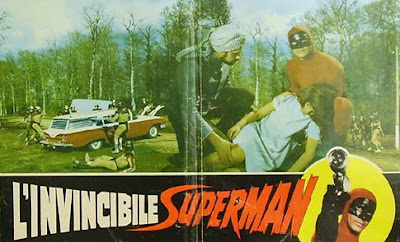 That guy looks like a red version of The Phantom.

You nailed it, Delmo! Totally! And the phrase "red version of The Phantom" cracks me up. Were it purple, it would actually be a much more suitable Phantom costume than the weird one they're using on the new Phantom TV movies!

"new Phantom TV movies"? Did I miss something?

They're shooting a couple of Phantom "movie events" for Sci-Fi Channel (sorry, SyFy or whatever it's called now!) up in Canada right now. I love the character and the star is a friend of a friend, so I definitely want them to succeed, but, man, I can't understand the thinking that went into that costume redesign! I'm glad they stuck with purple, but that hood just doesn't work at all for me!

Utter garbage! I feel for your friend.