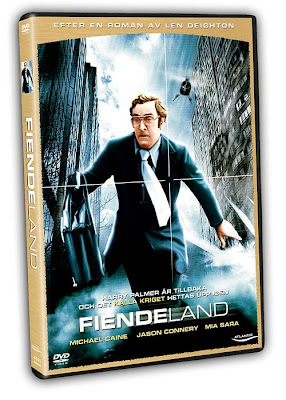 While exploring the Fin de Siecle website last week when I ordered my Secret Agent Fireball DVD, I came across some eye-catching Harry Palmer DVDs.* Swedish company Atlantic Film produces a three-film Harry Palmer box set called "The Ultimate Harry Palmer"... but it's not really that ultimate. You see, the other two films besides The Ipcress File are not the equally excellent legitimate sequels Funeral In Berlin and Billion Dollar Brain, but the mediocre, made-for-TV Nineties revivals Bullet To Beijing and Midnight In St. Petersburg. Still, the individual discs have some pretty cool cover art! (Certainly much cooler than the out-of-print budget North American DVDs.) And if you're a Harry Palmer completist who doesn't yet have these titles (but does have a multi-region player), you can pick them up dirt cheap from Fin de Siecle. I particularly love that Midnight In St. Petersberg cover that boldly states "CAINE" and "CONNERY" across the top without revealing that the Connery in question is actually Jason, son of Sean. I feel sorry for 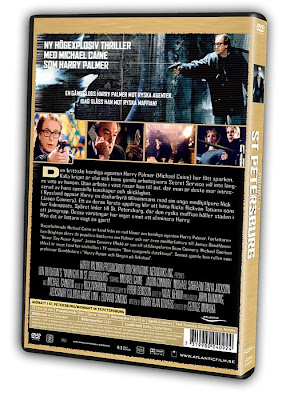 unsuspecting Swedes who thought they were getting a Man Who Would Be King rematch... In keeping with that gleeful spirit of false advertising, the covers for both Midnight and Bullet appear to promise viewers films based on Len Deighton novels, when the author had nothing to do with these productions, and didn't write any such books. Finally, both covers manage to convey a good deal more excitement than the movies do, too! 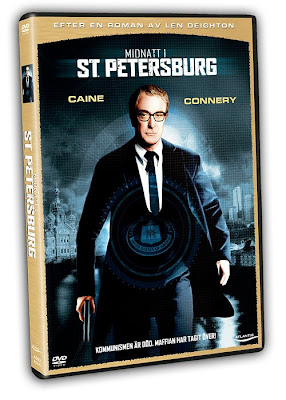 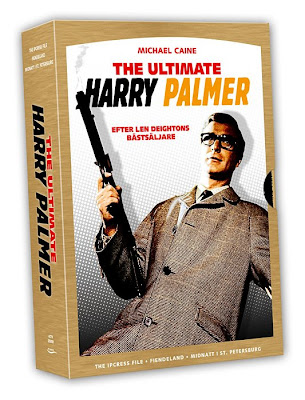 *Of course, if I'd fully explored every nook and cranny of Kees' Harry Palmer Movie Site, I would have already seen these covers--along with plentiful others, from all around the world. Check 'em out!
Posted by Tanner at 11:34 AM