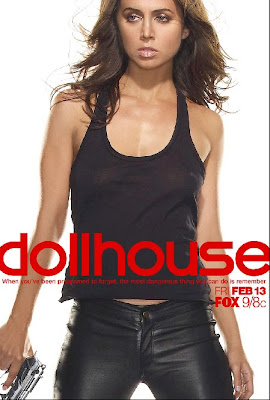 Spy Night!
For some reason this Friday the 13th is a big spy night in the US. Tonight not only sees the release of Tom Tykwer's spy thriller The International (in which Clive Owen apparently once again makes the case that he could have been James Bond), but also the TV premiere of Joss Whedon's new sci-fi spy series Dollhouse, starring Buffy's Eliza Dushku as an operative who can be anyone, and has her memory wiped after each mission. Watch an awesome, grindhouse-style trailer for Dollhouse here. It airs at 9/8C on Fox.
Posted by Tanner at 3:59 PM

I saw The International today. I thought it was very good. Awaiting your review.