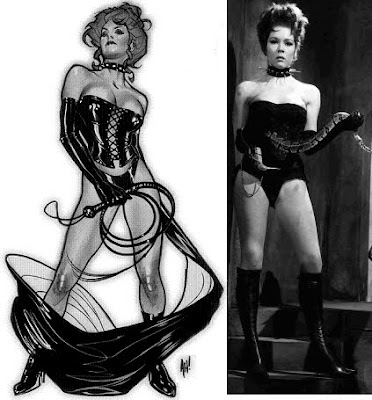 New X-Men Movie To Evoke James Bond, Avengers?
Harry Knowles has posted some major updates about the new X-Men movie on Aintitcool.  I know, I know: who cares about the X-Men on a spy blog?  I, for one, haven't really cared about an X-Men movie since Bryan Singer's X2 (which was awesome).  But some of the things that Singer (who's producing this new movie) told Knowles have my interest decidedly piqued.  X-Men: First Class, directed by Matthew Vaughn (who was at one time attached to direct a Man From U.N.C.L.E. movie), will be a prequel set in the 1960s rather than a modern-day reboot of the superhero franchise.  More than once, Singer refers to the "James Bond vibe" of that era that he and Vaughn hope to capture in the film, and he mentions that Vaughn is inspired by Bondian technology.  A superhero movie set in the Sixties with Bond gadgets and style? Okay, now I'm intrigued!  Let's hope for Incredibles-like Ken Adamish sets as well!  But that's not all.  Singer also reveals that the storyline includes The Hellfire Club, a group of baddies introduced into the X-Men comics by Chris Claremont in the early 80s inspired by the infamous Queen of Sin episode of The Avengers, "A Touch of Brimstone." X-Men's Hellfire Club storyline included a Black Queen (whose costume was based on Diana Rigg's Queen of Sin), a White Queen named Emma (after Peel) Frost, and a character based on guest star Peter Wyngarde's role (and likeness!) named "Jason Wyngarde" (in homage not only to the actor but also to his famous bouffanted character Jason King).  Provided that the set and costume designs are as Avengers-inspired as the artwork in the comics, this could be pretty great.  (Or not.  We'll see.) 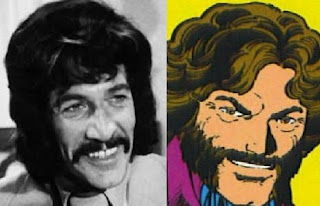