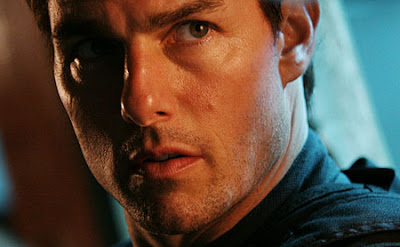 Who says Tom Cruise isn't big anymore?  He'll be bigger than ever this fall, thanks to a deal announced today between Paramount and IMAX, who will debut Mission: Impossible - Ghost Protocol on their enormous screens (and their annoying not-so-enormous-but-equally-expensive ones, presumably) day-and-date with its regular release on December 16, 2011.  But this isn't just a regular movie playing on a big screen, which is fairly common these days.  No, like Christopher Nolan's The Dark Knight, Brad Bird's Mission: Impossible sequel will boast sequences specifically shot for the larger-than-life format. Here's the pertinant bit from a press release reprinted on Deadline: "Mission: Impossible – Ghost Protocol continues the legacy of The Dark Knight and its revolutionary integration of IMAX original footage as this fourth chapter in the Mission: Impossible franchise will feature scenes shot with IMAX cameras. These specific sequences, exclusively in IMAX, will expand on the screen and further immerse the audience in the explosive action and vast scope of the film."  Cool!  I don't generally like traveling the extra distance and paying the extra price just to see regular movies in IMAX (even 3D ones), but if it's got scenes specifically shot for it, that's a different story! I loved watching the picture open up for the big action sequences in The Dark Knight, and I'll definitely be lining up and shelling out to see Ethan Hunt and his cronies on the super-big screen. With filming nearly wrapped, I'm surprised this is the first we're hearing of the use of IMAX cameras.