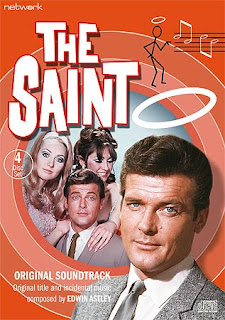 Bargain Alert: Network Halloween DVD Sale This Weekend
UK DVD company Network (a name well known to spy fans) is having a Halloween sale this weekend.  (At least I think it's a Halloween sale... but it's couched in what appear to be British sitcom references that go way over the head of this American.) They bill this as their last sale of 2010, so don't expect another one before Christmas.  (However, I'd be willing to bet we'll see their annual winter sale at the end of January.)  It's a good sale: 35% off the already discounted prices on pretty much their entire inventory, excluding pre-orders and recent releases.  (The fine print also gives Network the right to exclude whatever they feel like excluding, but that doesn't seem to be very much as far as I can tell.)  For American spy fans with multi-region DVD players, be aware that the company's usual overseas shipping caveat applies with a hefty £40 surcharge on orders over a certain weight.  But if recent sales are any indication, this is easily avoidable by ordering your items seperately.  If you want to get a huge set, it might kick in though.

The sale runs through midnight (GMT, presumably) on Sunday.
Posted by Tanner at 4:19 PM

I cleaned Network out of all the soundtracks as soon as they became available, and all the DVDs I know won't be crossing the pond into Region 1-ville.

That said, y'all jump on this amazing sale while the jumping's good. Those soundtracks alone are worth their weight in gold.

Tex
(ready to happily pay non-sale prices for more soundtracks...preferably those for The Persuaders and Return of the Saint)