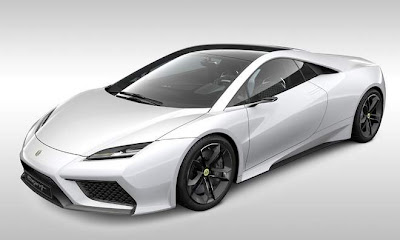 Lotus unveiled five new models as concept cars this week at the Paris Auto Show, among them a new version of the classic Esprit.  The Esprit was made famous in 1977 when James Bond (Roger Moore) drove it in The Spy Who Loved Me–and it memorably transformed into a submarine.  (This was not a standard factory option on the car.)  This was the beginning of a long film career for the striking supercar.  007 drove two turbo versions in For Your Eyes Only (though one of them didn't fare so well).  As best I can recall, the car's last major role came in 1990's Pretty Woman, when Richard Gere borrowed Jason Alexander's and Julia Roberts told him that it cornered like it was on rails, much to Gere's bewilderment.  The classic model (which had had its corners smoothed, but overall changed its design very little since its Bond debut) was discontinued in 2004.  But now it is set to return in the 2013 model year! 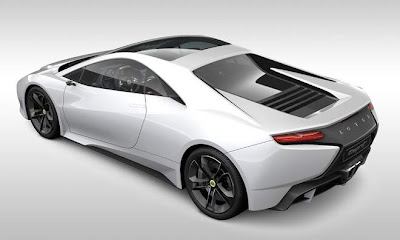 The new Lotus Esprit, as you can see, does not retain the traditional wedge design of James Bond's car, but it does tip its hat to the look of the classic model, especially from the rear view.  The 2013 Esprit, again a mid-engine car, is expected to carry a price tag around $173,000, and will also be available as a hybrid(!).  While I do love his current affiliation with Aston Martin, I really wouldn't mind seeing 007 back in a Lotus at some point in the future.  (This new Esprit actually looks more suited to submersible conversion than the old one.)  And with this aggressive model launch, there are a lot of options for Her Majesty's Secret Service to choose from! 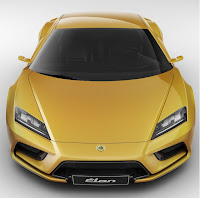 Lotus also unveiled a new version of the Elan, which shares an illustrious spy history with the Esprit.  Most famously, Emma Peel drove a white Lotus Elan on The Avengers.  More recently (and less illustriously), James Bond Jr. drove a car based on the 90s incarnation of the Elan on the eponymous cartoon show.

View more pictures of the new Lotus fleet at Autoweek.
Posted by Tanner at 4:39 PM