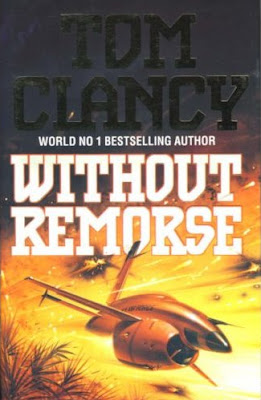 Tradecraft: Shawn Ryan Tackles Tom Clancy
Well, not literally, although that would be kind of fun to see. Trade blog The Vulture reports that Paramount has hired the mastermind behind what for my money was the best cop show ever to adapt Tom Clancy's 1994 novel Without Remorse. The Shield creator Shawn Ryan is the latest writer to take a stab at a movie the studio has wanted to make pretty much ever since the book was published.  (Am I crazy, or was a post-Forrest Gump, pre-TV Gary Sinese attached at one point?) Without Remorse follows Jack Ryan's "dark side" Mr. Clark (aka John Kelly) in his formative years during the Vietnam War on both a covert mission and a personal vendetta.  According to the blog, though, "there's no definitive plan to make the film a period piece."  I guess that would make sense, if the studio wants Clark to remain a contemporary of their new Jack Ryan, played by Chris Pine in Jack Bender's upcoming movie, but I think it could be really cool as a gritty 70s-set action movie.  Willem Dafoe played Mr. Clark in Clear and Present Danger (starring Harrison Ford as Jack Ryan) and Liev Schreiber played him opposite Ben Affleck's Ryan in The Sum of All Fears.
Posted by Tanner at 12:14 AM

Next to a lightweight Ben Alfleck, I thought Liev Schreiber was the real deal as cold-blooded government assassin "Mr. Clark" in "The Sum Of All Fears"- by far a more intriguing character. It was sort of like watching a strange James Bond movie where Bond is the supporting player and some paper pusher is the lead.