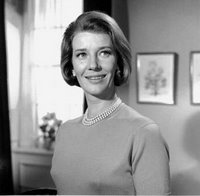 The always on-the-ball Young Bond Dossier reports that a SECOND brand new James Bond short story by Moneypenny Diaries author Samantha Weinberg (again writing as Kate Westbrook) has been published! This time it's in the UK weekly The Spectator, which has a special Bond supplement this week in conjunction with the imminent opening of Casino Royale. It looks like quite an interesting supplement, with additional articles on 007 by Weinberg (this time under her own name), Young Bond author Charlie Higson, and even Old Bond author Ian Fleming! I'm not sure how easy it is to get ahold of The Spectator here in the USA, but at least they've made the new Bond/Moneypenny story and other Bond articles available online to those who register. Registration is free and painless. (Still, I'll need to track down that hard copy for my collection eventually...)

This makes the second new Bond short story in as many months after Ms. Weinberg's previous story in the November issue of Tatler. That's rather historic since before that one it had been seven years since we'd had a Bond short story see print (by Raymond Benson), and even a couple more years between that one and Benson's first short story! (None of these stories have been collected.)

Weinberg/Westbrook's latest appears to be titled "Moneypenny's First Date With Bond," which makes the awkward and overly derivative "For Your Eyes Only, James" seem as good as Live And Let Die in comparison! Fortunately, the story is much better than the title.

It's extremely short, less than three pages. And it will play hell with continuity buffs! It tells the story of Moneypenny's first meeting 007, and appears to take place immediately prior to the events of Ian Fleming's first novel, Casino Royale. There is no date given at the beginning of this one, like in the Tatler story, but Fleming's novel was published in 1953. And according to Weinberg's first Moneypenny Diaries, Moneypenny didn't even join the service until, I think, 1956. She also hints that M wasn't yet at his post in '53. Furthermore, this story implies that Bond was sent on his Casino Royale mission immediately after receiving his Double-O status, which was not the impression I ever got from the book. It is, I think, the premise of the new Casino Royale movie, though. Which doesn't feature Moneypenny. So this story doesn't seem to quite fit into any currently established Bond timeline, but sort of works in all of them. My guess is the intention is for it to serve as a complement to the new movie, filling in the Moneypenny scenes we'll wish were there. But also work in the 007 literary canon, thus requiring M to be a man rather than a woman. Make sense? Sort of?

Anyway, it's certainly not worth spending too much time thinking about all that. The story is well-written (though, I suspect, greatly cut by the Spectator editors) and serves as a quite plausible origin story to Bond and Moneypenny's relationship as seen in the film series, and, to a lesser extent, the books. It really does feel like exactly the scenes I would want to see in the "Bond Begins" Casino Royale!

As with all of Ms. Weinberg's Bond work, intelligence professionals constantly tend to blurt out highly secret information in public places to people they would probably not really reveal it to. (By "really," I suppose I mean in Fleming's world, as well as the real world.) But she presents a logical reason for the instance that occurs in this story, and it is the crucial moment of the story.

Her descriptions of Bond here are dead-on with Fleming's, and she does a better job of showing him through a woman's eyes than he did in The Spy Who Loved Me. "I found myself looking into a pair of blue-grey eyes that appeared to be at once cold and inviting, like the Atlantic Ocean in mid-summer," she writes. That's really a nice turn of phrase, and a good way of summing up the dichotemy of Bond's eyes that IF is always describing as being cold and cruel with a touch of warmth or warm with a shade of cruelness. (Sounds like a weather report the way I say it!) It's been a while since I've read TSWLM, but I don't think the Atlantic Ocean comparison comes from Fleming.

"Moneypenny's First Date With Bond" strays even further away from the diary format than "For Your Eyes Only, James." There's no mistaking this for anything but a short story, narrated by Moneypenny. I've been impressed with both of Ms. Weinberg's Bond stories so far, and I hope we see more. (Furthermore, I hope they're eventually collected!) I'd even like to see her try her hand at a straightforward Bond story without Moneypenny, just for once. It could be interesting!

I'm also very impressed with the publicity IFP and publisher John Murray are giving to this latest volume of The Moneypenny Diaries, since the first one had none but that ill-conceived and half-hearted attempt to dupe some papers into thinking the diaries were real! (That backfired and resulted in almost no coverage or reviews in major papers.) By getting these short stories out there in various publications, hopefully they're churning up some serious reader interest. They've done a women's magazine and a news magazine; I'd say the one remaining market to tap would be a men's magazine. I know this series started out as an explicit attempt to lure female readers, but since the core audience are probably men (who would like these books if they could get past the, er, girlie covers!) the next step should probably be to publish another short story in Playboy, the traditional home of new Bond stories since Fleming's days. Or, if they were afraid that might alienate the female audience they're so desperate for, then maybe something a little more "acceptable" in the current climate like Maxim or Stuff. (Trashier magazines, but less nudity!)
Posted by Tanner at 12:44 PM