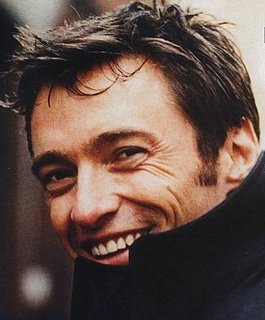 Hugh Jackman Spying After All?

"Jackman will play a CIA cryptographer whose fiancee is killed in a suspicious plane crash. When he discovers that the plane was broughtdown by terrorists, he finds the leverage that forces his bosses to train him to exact revenge."

There was a previous movie of the book made in 1981, but apparently it differed greatly from the book. According to the trade, the new version will be based on the novel, and not a remake of the movie. But they will update it, as Universal did with Robert Ludlum's The Bourne Identity. The new movie will have a contemporary setting.

I'm not familiar with either the book or the original movie (though it is on DVD), so I can't really add anything to the report. But any potential new spy franchise is a good thing, I think, and I like Hugh Jackman. I don't know if the character is a one-off in the book, or if he features in a series. The implication is that Jackman is hoping the movie will be the first in a series, though.
Posted by Tanner at 2:16 PM