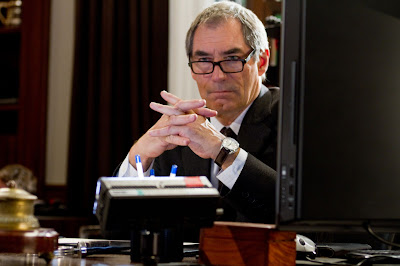 Dalton Spies Again On The Big Screen: First Photos Of T-Dalt In The Tourist

It's a good year for Timothy Dalton.  Following a small screen return to the world of spies on Chuck, the former James Bond actor makes a big screen return to that genre in Florian von Henckel Donnersmarck's The Tourist. (Watch the trailer here.) I've been very excited for this role since it was announced, and now AllMoviePhotos.com (via Dark Horizons) has our first pictures of Dalton in action (as well as lots of other cool new stills from the film), playing Interpol agent "Jones."  Awesome!  Johnny Depp, Angelina Jolie, the director of The Lives of Others, and one of the screen's best James Bonds all together.  I can't wait for this movie!  And after a long and twisted production history, it's finally almost here.  The Touist opens December December 11. 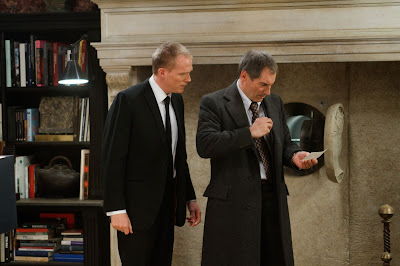 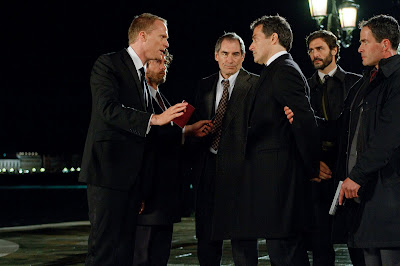 I am really looking forward to seeing this movie. I was a little disappointed that I didn't see Dalton in the trailer I saw for it, but that doesn't mean anything.